Americans traveled this Thanksgiving almost as much as they did last year, despite COVID warnings 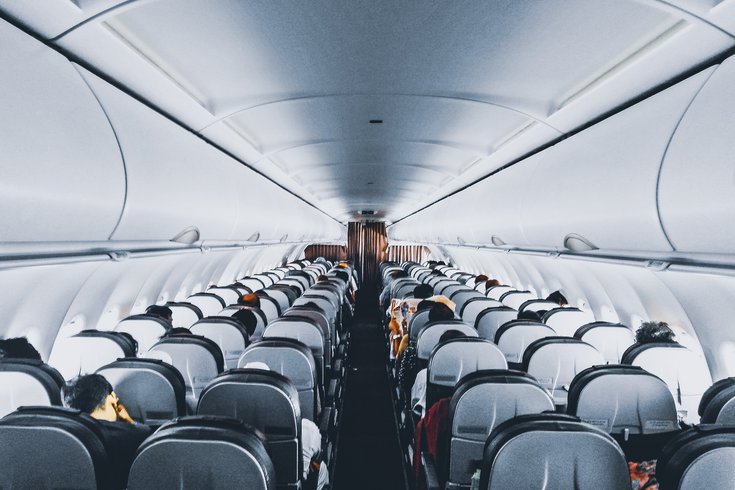 Despite warnings from health officials, many Americans still traveled for the Thanksgiving weekend.

As the number of COVID-19 cases across the country soared, public health officials warned people to cancel their Thanksgiving travel plans to curb the spread of the virus.

Data shows that most did not listen.

Vehicular travel was 5% less than 2019's rates, according to StreetLight Data which provided analysis to the Associated Press. While that is less than years past, it also marks an uptick in travel compared to early November, when vehicle travel was down 20%.

"People were less willing to change their behavior than any other day during the pandemic," Laura Schewel, founder of StreetLight Data, told the AP.

Airports were the busiest they've been since the onset of the pandemic, though it was still much lower than last year's travel rates, NBC10 reported. One million passengers were screened on four separate days during the Thanksgiving travel period. Wednesday, the day before Thanksgiving, topped the charts as the most traveled day since the start of the pandemic.

Virus deaths and hospitalizations are at a new high just one week after the holiday. On Dec. 3 alone, more than 215,000 new positive cases and over 2,800 deaths were reported, showing an upward trend of 8% compared to two weeks ago, according to the New York Times.

“If only a small percentage of those travelers were asymptomatically infected, this can translate into hundreds of thousands of additional infections moving from one community to another,” Cindy Friedman, a Centers for Disease Control and Prevention official, said this week during a briefing.

The CDC recommended that people across the country stay home to limit the spread, but said if they did travel to get tested, avoid indoor gatherings and quarantine for 14 days after coming home.

In Pennsylvania, more than 11,000 positive COVID-19 cases were announced on Dec. 3 — continuing the upward trend in cases across the state, according to the New York Times. There's been an average of 7,373 cases per day, which totals an increase of 28% from just two weeks earlier.

Health officials warn if things do not change, hospitals could reach their capacity. There are 7,000 people hospitalized with COVID-19 in the Philadelphia area, according to 6ABC's Data Journalism Team.

"Almost every hospital is at capacity. There are two that aren't but the remainder are quite full," Val Arkoosh, Montgomery County Commissioner, said to 6ABC. "That is usually triggered with the Emergency Room being full …. The reason the Emergency Rooms (are) full is because they can' move patients out of the ER."

Philadelphia released sweeping new restrictions across the city weeks before the holiday that included an indoor-dining ban and museum closures through the rest of the year. Bars across the state were prohibited from selling alcohol on Thanksgiving Eve — the busiest night of the year for many establishments in the state.

Many of these restaurants and bars were forced to close as a result. A group called Philadelphia Restaurant Owners Against Lockdown sued Mayor Kenney for banning indoor dining and imposing another city-wide lock down.