South Jersey home catches fire after being struck by lightning 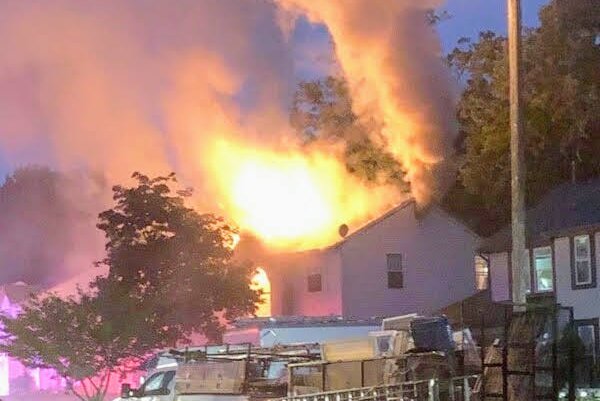 A Camden County family has been displaced from their home after it was struck by lightning during a thunderstorm that rolled through South Jersey on Wednesday night.

The house, located on the 100 block of Breckenridge Drive in the Sicklerville section of Winslow Township, caught fire after the bolt struck around 8:35 p.m., according to the Gloucester Township Police Department.

The family of six – two adults and four children – was inside the home when the lightning struck, but no one was injured.

Several local fire departments responded to the scene and extinguished the fire.

The home was left uninhabitable due to smoke and water damage. The family is finding temporary housing while repairs are made.

A severe thunderstorm watch, issued by the National Weather Service, was in effect throughout New Jersey when the home was struck. Storms continued to hit much of the state Thursday.

Thunderstorms are expected to taper off amid a heat wave next week.