The victims tried to take shelter as the storm rolled in, coroner says 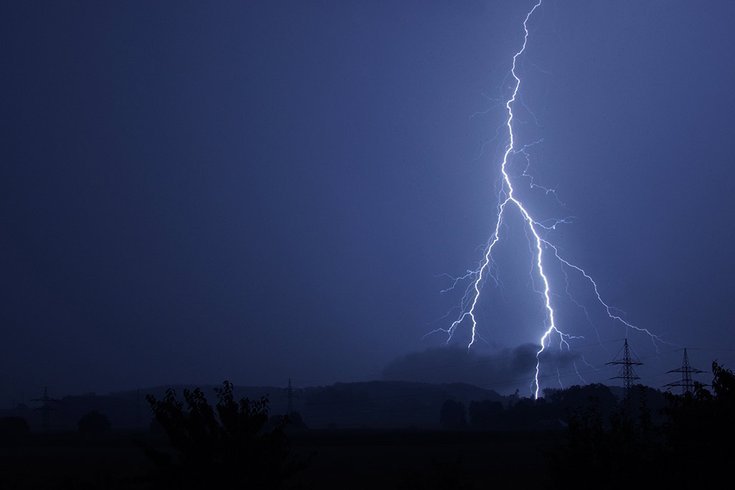 The incident occurred in Grantville Summit in the southwestern part of Bradford County.

Around 1:45 p.m., the four men were in an open field mounting a deer hunting blind when the severe thunderstorm moved into the area.

Though the platform and deer blind on top of it were both made of a wood, a lightning bolt struck the stand and traveled down an aluminum ladder, the coroner said.

Craig Keleman, 34, of Philadelphia, and Jason Gamba, 43, of Havertown, were both in direct contact with the ladder and were killed.

The two survivors, both of Franklin Square, New York, were taken to Guthrie Robert Packer Hospital in Sayre and later released.

Monday's storms caused widespread flooding in the counties north of Philadelphia and left households across the region without power.

Lightning strikes kill about 49 people every year in the United States, while hundreds more are injured and many suffer lifelong neurological damage, according to the National Weather Service.

The U.S. Centers for Disease Control and Prevention offers tips to keep safe from lightning strikes when exposed during rapidly evolving thunderstorms. Though injury or death from lightning are rare, there are several steps people can take to protect themselves.