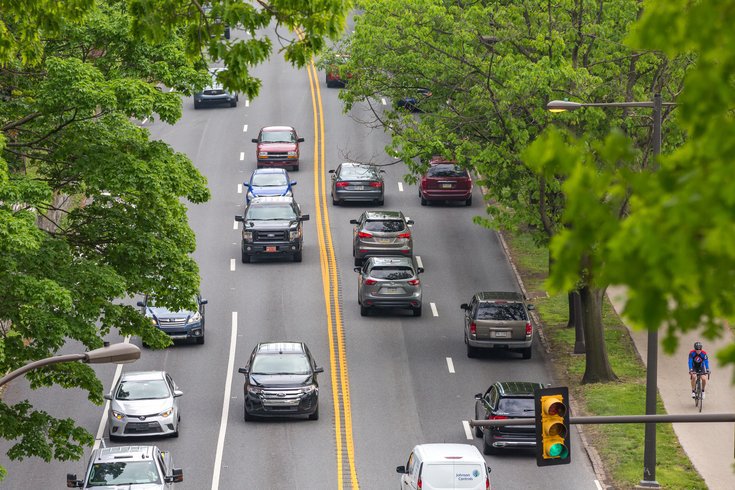 An 18-year-old cyclist died Tuesday night while riding his bike along Kelly Drive, marking the second fatal accident involving a Philadelphia cyclist in less than a month.

Investigators said the crash occurred around 9:10 p.m. along the 700 block of Kelly Drive, when a white Acura driving eastbound struck the teen, later identified by police as as Nadir Nafis Holloman of West Philadelphia.

Holloman was transported to Penn Presbyterian Medical Center, where he was later pronounced dead.

The driver of the Acura remained at the scene and an accident investigation remains ongoing.

Last month, on Father's Day, 17-year-old Sam Ozer was fatally struck by a car in Roxborough. Ozer was remembered by family and friends with a silent ride in the area of the collision, which occurred on Barnes Street near Henry Avenue.

Advocacy for cyclists in Philadelphia has grown in recent years following the tragic death of 24-year-old Emily Fredericks, who was fatally struck by a trash truck in Center City in Nov. 2017.

Gold Medal Environmental, whose truck was involved in the crash, reached a $6 million settlement with Fredericks' family in Septempber 2018. The agreement included funds to support cyclists and safer city streets. The driver of the truck initially faced criminal charges, but they were later withdrawn.

In May 2018, avid cyclist and food courier Pablo Avendano, 34, was killed in a crash while making a delivery on Spring Garden Street. And last September, a 43-year-old cyclist was fatally struck by a car on Levick Street in Northeast Philadelphia.

Philadelphia's Vision Zero plan, announced in late 2017, aims to eliminate all traffic-related deaths by 2030. One of the city's goals is to vastly expand protected bike lanes and other safety enhancements for cyclists, such as those brought to the widely used lanes on Spruce and Pine streets.

The Bicycle Coalition of Greater Philadelphia, which previously said the 40-mile goal is achievable, has urged passage of Pennsylvania Senate Bill 565. It would enable PennDOT to build parking-protected bike lanes and pedestrian plazas. The legislation would facilitate proposals on state-owned streets in Philadelphia, where protected bike lanes have often proven an uphill battle.