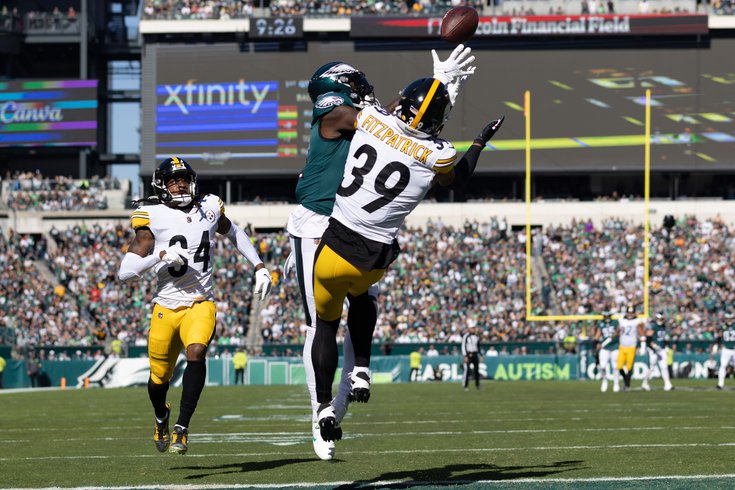 The Philadelphia Eagles remain the lone undefeated team in the NFL, and they'll try to stay unblemished on Sunday at Lincoln Financial Field against their intrastate rival, the 2-5 Pittsburgh Steelers.

Heading into Week 8 off of their bye, the Eagles are an extremely healthy team, as they have zero players with an injury designation heading into this matchup. The Steelers, meanwhile, will be without star pass rusher T.J. Watt, as well as a few cornerbacks and their kicker. You can find the full Eagles-Steelers injury report here.

As we noted in our five matchups to watch, the Steelers are starting a rookie quarterback with underperforming skill position players behind a bad offensive line. Defensively, the Steelers have a couple of good lineman and a nice pair of safeties, but not much else. This is a rebuilding team that has the league's worst point differential, at -55.

The Eagles are 10.5-point home favorites. Here are our staff writer picks as well as who some others around the country are picking.