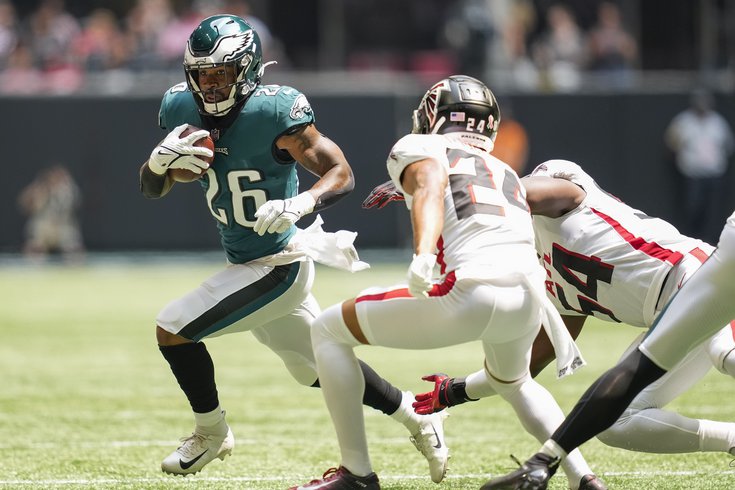 The Philadelphia Eagles will kick off their 2021 season at 1:00 p.m. today against the Atlanta Falcons, as they try to rebound from one of the worst seasons in recent franchise history.

One of the Eagles' biggest priorities throughout the summer was making sure that their best players were available for the games that actually matter. Heading into Week 1, the Eagles only have three players on their injury report, plus three players on injured reserve, but most importantly, they'll have 21 of their 22 starters available. You can find the full Eagles-Falcons injury report here.

As we noted in our five matchups to watch, this is not a very good Falcons roster. Matt Ryan remains a top 12-ish type of quarterback, but he is not the MVP-caliber player he once was. The Falcons have a good wide receiver in Calvin Ridley, an intriguing rookie tight end in Kyle Pitts, and few nice players on defense, like LB Deion Jones and DT Grady Jarrett. However, they have major holes, namely on the interior of their offensive line, their pass rush, and in their secondary.

The Eagles are 3.5-point underdogs heading into this matchup pretty much across the board at Sidelines.io. Here are our staff writer picks as well as who some others around the country are picking. For the gambling enthusiasts, you can find my Week 1 picks here and some over/unders for Sunday right here.