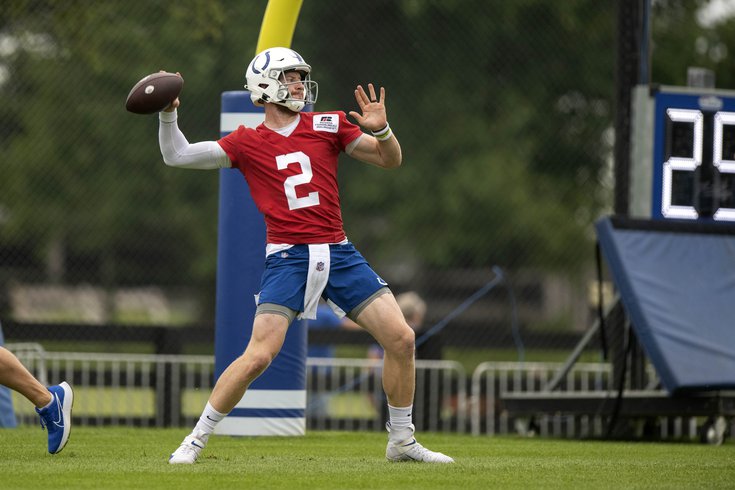 • Seahawks at Colts: Obligatory explanation: At a minimum, the Eagles own the Colts' second-round pick, which can become a first-round pick if at least one of the following two conditions are met:

The rooting interest for the Eagles is more complex than if they simply owned one of the Colts' picks, unconditionally. Ideally, Wentz would stay healthy, and the Colts will be just good enough not to bench him, but also not so good that the pick lands near the end of the first round. Wentz will somewhat surprisingly start Week 1 after undergoing foot surgery five weeks ago, which is a fantastic development for the Eagles.

• Chargers at Washington: We don't need to explain this, right?

• 49ers at Lions: The Lions are the ideal winner here on two fronts:

• And then there are a few AFC-NFC games of mild interest that are ideally won by the AFC teams:

• Dolphins at Patriots: The Eagles own the Dolphins' first-round pick in 2022, so the more they lose the better it is for the Eagles. Hold your nose and root for the cheaters.

• Broncos at Giants: Again, we don't need to explain this, right?

• Bears at Rams: The Eagles tanked their Week 17 game against Washington last season, as and a result the 6-10 Giants did not win the division. The moron Giants bitched about it, hard, seemingly unaware that the Eagles did them a huge favor. In the 2021 NFL Draft, the Bears traded up from pick No. 20 to pick No. 11 with the Giants to select Justin Fields, with the Giants landing Chicago's first round pick in 2022. That was a far better outcome than losing in the first round of the playoffs and picking 19th in the draft, like Washington did.