How good are the Eagles expected to be this season? 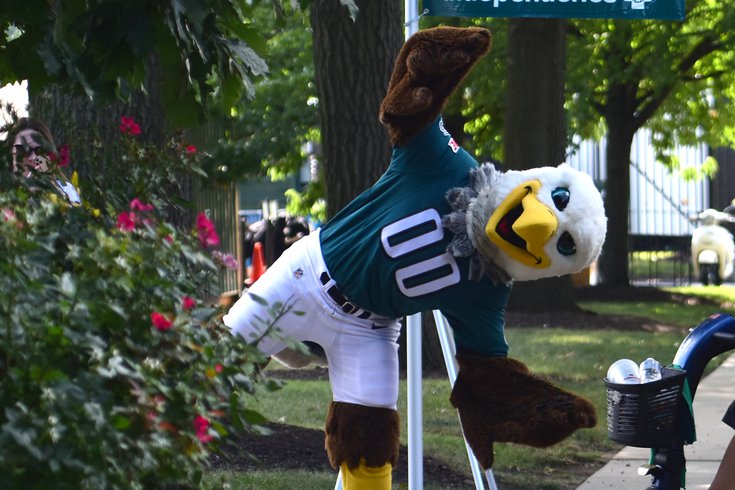 The Eagles start their 2021 season Sunday afternoon and there seems to be little consensus around just what the team will achieve this year — aside from the belief that they are not going to be in serious contention for a Super Bowl.

But will they be good enough to compete for an NFC East title in what is believed to be one of the league's weakest conferences? Are they going to be drafting in the bottom five next April? Will Jalen Hurts break through as the team's franchise QB?

Our own Jimmy Kempski recently upped his season prediction from six wins to seven wins, which isn't a huge leap but does get them above sports books' 6.5 over/under number.

We've decided to collect a variety of predictions from various sources around the football media world to see what outcomes are the most expected from Philadelphia over the next five months. We've combined some national media projections with a couple local outlets at the end just for some context.

Over at ESPN, their FPI (football power index) ran a simulation of the 285-game schedule 20,000 times and decided to write about one of them, one that had the Eagles go on a positively wild ride. After an 0-5 start, this simulation projected that the Eagles would go 8-4 over their final 12 games to finish 8-9, missing the final NFC Wild Card spot by a lost tie-breaker to the Vikings. They have the Bills beating the Packers in the Super Bowl for what it's worth.

We’ve now reached the point of this preseason where Eagles opportunists are climbing out of the woodwork as well, because shooting your shot costs nothing. Jalen Hurts could very well be the star some in the building believe, or this could be a sloppily constructed bridge toward their next Super Bowl bid a few years from now. The Carson Wentz injury in Indianapolis complicates their ability to enter the 2022 draft with three first-round picks (and, thus, the ammunition to acquire almost any quarterback they’d like), but they may still struggle enough to get there, anyway. Their receiver corps, if ever healthy, can provide a nice window into the future. Their development in ’21 could be the biggest reason for optimism.  [SI.com]

CBS asked their experts to pick how each division would play out, and there is some real variance in their NFC East predictions. Jason La Canfora and Will Brinson picked Philly to be second behind the Washington Football team, while Pete Prisco picked them third, behind WFT and Dallas. The other three CBS writers have the Eagles in dead last. Five of six picked Washington to win the division (one vote for the Cowboys). The Giants finished no higher than third.

Interestingly, on the statistical analysis website fivethirtyeight.com, their 50,000 simulations had the Eagles with an average of seven wins — which seems about right. What is surprising though, is that their seven wins has them tied for last place (and losing a tie-breaker to the Giants) in what many expect to be a very bad division. They currently have a 24% chance of making the playoffs.

Finally, the Eagles are looking to turn the page on the Carson Wentz era with new coach Nick Sirianni, but things might get worse before they get better. While it’s certainly possible that Jalen Hurts improves to more of an average passer in his second NFL season (particularly with touted rookie wideout DeVonta Smith as a target), Philly ranked 29th in Pro Football Focus’s offseason survey of roster talent. Still, even this Eagles team has a 24 percent playoff probability in a division best known for its parity (and mediocrity) in recent years.  [fivethirtyeight.com]

Vinnie Iyer at The Sporting News thinks the Eagles will be in the basement of the division, with the Cowboys winning it at 10-7.

The Eagles also are a bit unpredictable in terms of what Jalen Hurts and the offense will give them. They're in transition there and defensively, too, with new coach Nick Sirianni and coordinator Jonathan Gannon. Philadelphia and New York will likely still battle for third vs. being in the mix for first.  [The Sporting News]

Each of the two Eagles beat writers for The Athletic picked their season record — along with a bunch of other things — and Zach Berman has them finishing a mundane 7-10. Bo Wulf has them slightly better at 8-9. Here's his reasoning as to why:

Wulf: It’s too bad the Eagles only get to play one NFC East opponent in their first 12 games. I think Hurts will flash promise, Smith will quickly emerge as a fan favorite, Mailata will be thought of as the next great Eagles offensive lineman and the defense will be interesting. But so much of the roster is either past its prime or still approaching it and this is not a roster built to sustain many injuries. They’ll be fun, especially at the end of the season, but it won’t be enough. 8-9.  [The Athletic]

Reuben Frank picked every one of the Eagles 17 games and had them winning their Week 18 matchup with the Cowboys to win the NFC East. A bit optimistic perhaps?

Another big-name Eagles writer, Jeff McLane, has a lot of faith in the Eagles progressing as the season goes on, slotting them just out of the playoffs at 8-9 after winning four of their last five games to close out the season.