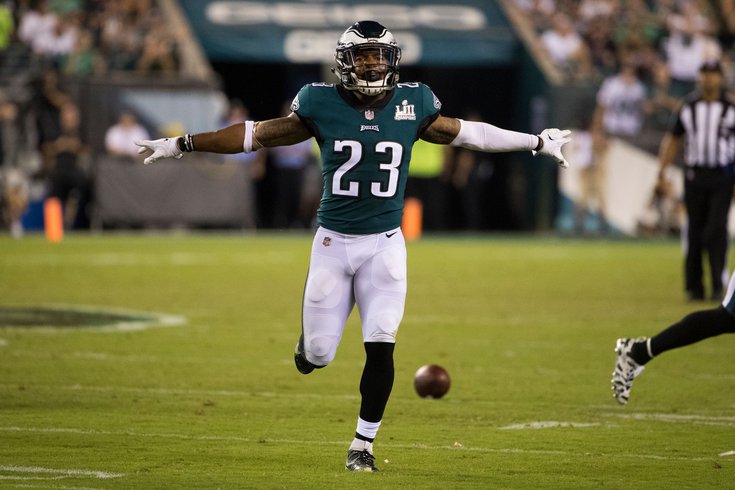 Safety Rodney McLeod will be the Eagles' lone unavailable starter.

Here are the Eagles' and Falcons' inactives, with analysis.

• S Rodney McLeod: The Eagles will have 21 of 22 starters available Week 1, with McLeod being the lone exception. The Eagles are notably thin at safety, as K'Von Wallace or Marcus Epps will have to step in and start. In case you missed our "Eagles player reviews" this summer, you can catch up on Epps here, and Wallace here.

• OL Landon Dickerson: After missing all of training camp and the preseason games as a result of a torn ACL suffered in December of 2020, Dickerson began practicing this week in a limited capacity, but the start to his NFL career will have to wait, for now.

• LB Davion Taylor: It seemed like a priority of the coaching staff to get Taylor involved heavily in the defense during training camp, but he missed the majority of the summer with his calf injury. There's no need to rush Taylor back just to play special teams.

• QB Gardner Minshew: There's a good chance that Minshew will eventually leapfrog Joe Flacco and become the No. 2 quarterback, but for now, he doesn't know the offense well enough, and the Eagles aren't going to keep three quarterbacks active on gameday.

• TE Tyree Jackson (IR): Jackson suffered a broken bone in his back during joint practices with the New England Patriots. The injury did not require surgery, and his recovery period at the time was deemed by the team to be 8-10 weeks. That was three weeks ago, so (checks math) Jackson should be back 5-7 weeks from now.

There are a bunch of unimportant players on the Falcons' inactive list, since they didn't have a single player on their injury report:

• LG Josh Andrews (IR): As we mentioned in our five matchups to watch, the Falcons' regular starter at LG would have been Josh Andrews, but he's on IR with a broken hand suffered during practice a week ago. You might remember Andrews from a pair of stints with the Eagles initially from 2014 to 2017, and then again in 2018. Andrews in now 30 years old, he's on his fifth NFL team, holy crap the idea that he's a starter for someone is just... 🤯.

• OL Matt Gono (PUP): Gono is a versatile offensive lineman with some promise who played in 16 games last season, starting four. He's on the PUP list as he continues to recover surgery for an undisclosed injury (he was at Falcons training camp with a neck brace).