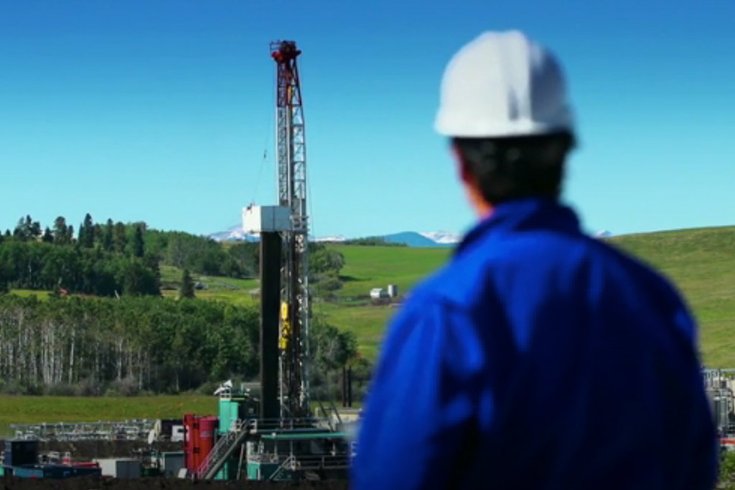 Credit/Energy Policy Institute at the University of Chicago (EPIC)

Babies born to mothers living within 1 kilometer of active "fracking" wells are 25 percent more likely to exhibit low birthweight, according to researchers who looked at a decade of data from Pennsylvania.
Health risks from pollutants actually increase for infants born to mothers living within 2 miles of a hydraulic fracturing site, according to a study published Wednesday in Science Advances. Low birthweight is a risk factor for infant mortality, ADHD, asthma and other negative outcomes.
According to the American Association for the Advancement of Science, Princeton University researcher Janet Currie and colleagues analyzed records of more than 1.1 million births in Pennsylvania from 2004 to 2013. They compared the birthweights of babies born to mothers living within 1, 2 or 3 kilometers of fracking wells – both before and after the wells were active.
The research team also looked at birth weights of siblings born at different distances to wells, both close enough to be exposed to fracking in utero, and not. Researchers reported some evidence that living within 3 kilometers (1.8 miles) of an active fracking site can create negative health effects in utero, but the largest health impacts are to infants born to mothers living within 1 kilometer (0.6 miles) of active wells.
These individuals are 25 percent more likely to be classified as low birthweight, that is born under 5.5 pounds, the authors said.
"These results suggest that hydraulic fracturing does have an impact on our health, though the good news is that this is only at a highly localized level," said Currie, who directs the Center for Health and Wellbeing at Princeton's Woodrow Wilson School of Public and International Affairs. "Out of the nearly 4 million babies born in the United States each year, about 29,000 of them are born within about a half mile of a fracking site."