Local mothers wake up early to teach students in China 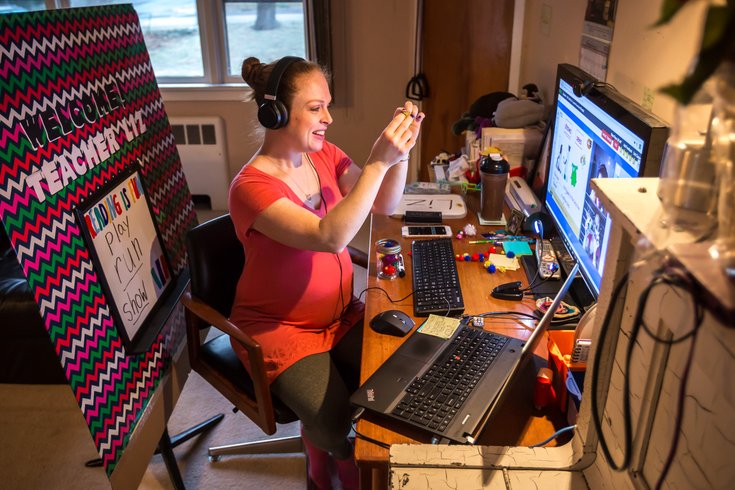 Early on a recent morning, Elizabeth Carson of Abington, Montgomery County, uses props to conduct an online English lesson with a Chinese student living in Beijing. "I always was interested in teaching online," she says.

Each morning, she flips on her computer before the sun rises. Halfway across the world, her students are finishing dinner and settling in for an evening English lesson.

Carson teaches English to Chinese students from the comfort of her Abington, Montgomery County home using a video conference platform. But she is not alone in her early-morning endeavor.

Carson is one of thousands of Americans hired by an upstart Chinese startup, VIPKID, that offers elementary students a virtual, English-immersive curriculum based on the U.S. Common Core.

The one-on-one instruction occurs in 25-minute sessions held several times each week. That means getting up early for teachers, like Carson, who reside on the East Coast.

But for Carson, who can keep a close eye on her two-year-old, the early mornings mark a perfect opportunity to continue her teaching career, which she paused after the birth of her fourth child three years ago.

"I always was interested in teaching online," said Carson, a former public school teacher in the Washington area. "It was becoming bigger, but it's really hard to find employment online. You can look up cyberschools and stuff, but it's hard to find a decent paying job." 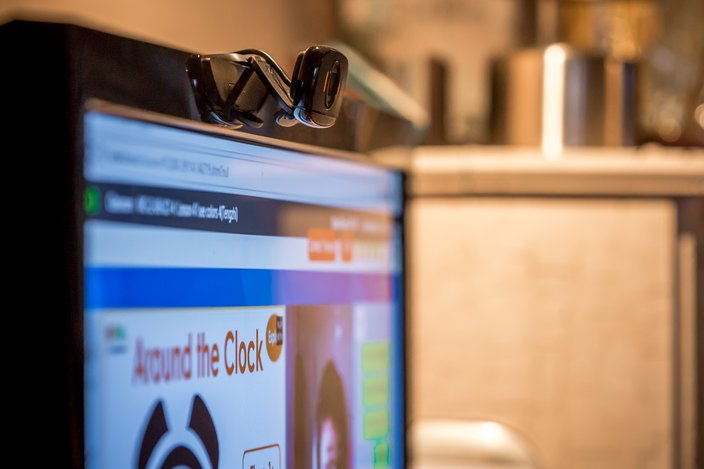 Elizabeth Carson, a former school teacher for 15 years in Maryland and now a stay-at-home mom, is teaching again for VIPKID, a Beijing startup. She uses video conferencing software to teach English to students in China.

'THERE'S PURPOSE IN WHAT I DO'

The Beijing-based company, which launched in October 2013, already employs some 5,000 teachers charged with educating 50,000 Chinese students, according to Bloomberg News. But its founder, Cindy Mi, anticipates even greater growth, seeking to expand to 25,000 teachers and 200,000 students this year.

To attract new instructors, VIPKID offers payment incentives to teachers who recruit individuals who are hired by the company. Naturally, Carson took to Facebook to inform others of the opportunity, posting her referral page to a private group.

"There's no planning or grading ... It's just the fun part, where you're actually doing the teaching." –Liz Carson, Abington mother and VIPKID teacher

She was amazed at the response.

"I really had no expectation that I would get such a huge response," Carson said. "I think 65 people responded asking for information."

Among them was Amy Page, an Ambler woman who had left a corporate job to stay at home with her son. But VIPKID offered her an opportunity to put her education degree to use while maintaining her primary duties as a mother.

"This sort of fell into my lap at the right time," Page said. "It's been incredible to go back to what I always wanted to do and feel like there's purpose in what I do."

For many teachers, like Carson and Page, the scheduling flexibility offered by VIPKID is particularly attractive.

VIPKID requires its instructors to teach at least 15 classes — about 7.5 hours — per week during the peak hours of 5 to 9 a.m. on the East Coast. Beyond that, teachers are free to offer as many sessions as they desire. Students and their parents can shop around to find a teacher they like. 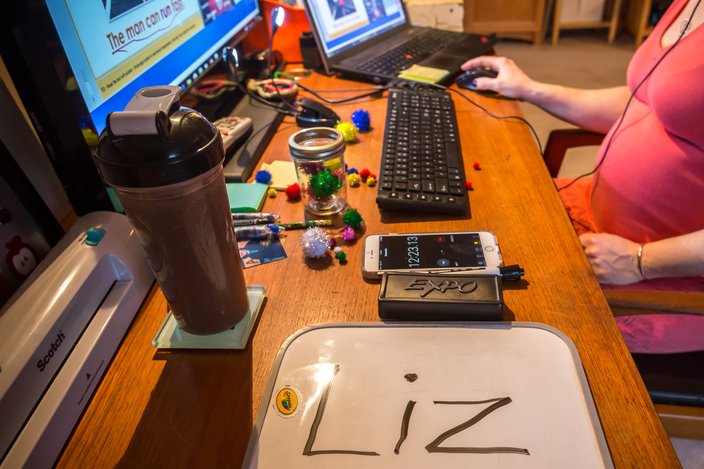 When Elizabeth Carson shared the teach-from-home opportunity on a private Facebook group, she was amazed by the response. About 65 people contacted her to say they were interested, she says.

'IT'S JUST THE FUN PART'

And unlike traditional teaching jobs, VIPKID requires little work to be completed outside of the sessions.

"There's no planning or grading," Carson said. "It's not the time-consuming part of teaching. It's just the fun part, where you're actually doing the teaching. When you have your own classroom, you spend a lot of time doing paperwork. There's really none of that."

Instead, the teacher's role simply is to guide a student through his or her lesson during a particular session. The lesson appears on interactive slides loaded onto VIPKID's video conferencing software, where the teacher and student can both view the lesson and see one another.

Though the lessons are conducted virtually, they are not designed to be sterile. Rather, VIPKID seeks dynamic teachers who are fun and engaging. Both Carson and Page often use puppets and other props to connect with the students, who typically range from ages 5 to 12.

"They all have a desire to learn English, for all the right reasons," Page said. "It gave me the opportunity to do something that I personally want to do, but bring home a paycheck."

Teachers sign six-month contracts that later can be renewed. They receive a base pay rate of $7 to $9 per class, based on experience, but can add another $2 per class by meeting incentives. That's about $165 weekly for an experienced teacher who leads the minimum number of classes and earns the bonus. Teachers can receive a raise if they are renewed.

VIPKID requires its teachers to have a bachelor's degree, though it does not need to be in education. The application process involves an interview and two mock classes — one to a recruiter and another to a VIPKID teacher.

A brief training process commences once applicants are hired. Then, it's time to teach.

Even if the clock reads 5 a.m.