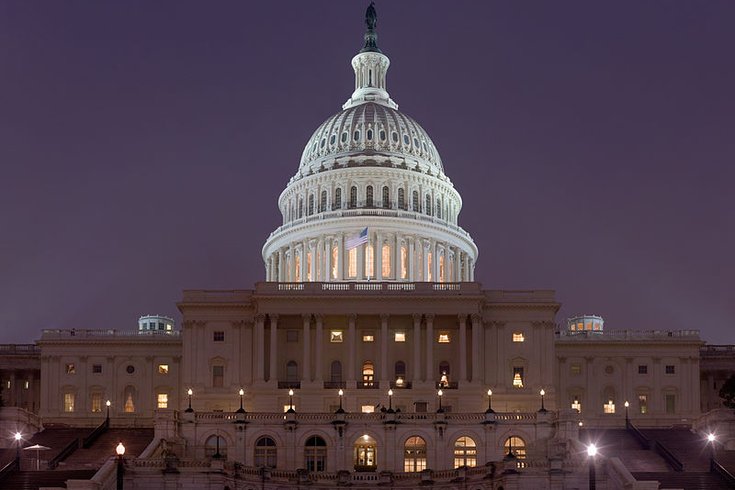 The federal government shut down early Saturday after Senate Democrats and a handful of Republicans blocked a four-week stopgap spending measure that would have kept the government operating.

Congressional politicians on both sides of the aisle blamed each other immediately following the shutdown, which will halt all but the most essential operations of the federal government.

As The Associated Press noted, the shutdown began at the start of a weekend and therefore won't have much of an effect for most Americans in the outset. But the blowback could build if the closure lasts beyond Sunday.

Sen. Mitch McConnell, the Republican majority leader, proposed a measure that would keep the government open for another three weeks and said the Senate would reconvene at noon Saturday, according to The New York Times.

Some local pols in Congress immediately weighed in on the matter after midnight Saturday.

Here's a sampling of the reaction from local Democrats by Saturday morning:

“Republicans who control Congress and President (Donald) Trump have provoked a government shutdown by refusing to work in a bipartisan way on a funding agreement that protects the middle class, retiree pensioners and 800,000 people who receive health care through community health centers. The Republican funding plan shortchanges our veterans, community health centers, infants and mothers who receive home visitations, retired coal miners and other Pennsylvania workers and those dealing with the opioid crisis. There are bipartisan agreements in place that can help Pennsylvania families, but Republicans gave in to the extreme right wing of their party and walked away."

"SHAME on Republicans in the House and Senate and the Trump Administration!" Evans wrote in a Facebook post. "The #GOPShutdown is officially here and in full effect. This is wrong, unjust and no way to run our government. We need to come together to discuss critical issues like #healthcare and #jobs – things the American people rely and depend on to keep moving forward. As your voice in Congress I will continue driving an agenda that works for ALL Americans, believe me when I say our fight is far from over!"

"For the first time in American history, we have a government shutdown under one-party rule. ... Most disappointing is the fact that there was a bipartisan deal on the table, but the President, the “Great Negotiator,” and Congressional Republicans moved the goal post and walked away from the negotiating table. This entire process has been shameful and irresponsible."

"President Trump and Congressional Republicans said they wanted a DACA solution that would provide relief to the hundreds of thousands of DREAMers who are Americans in every sense of the word except for a piece of paper. There’s a bipartisan solution on the table – it’s supported by Republicans, by Democrats, and by most Americans. But instead of putting that solution forward for a vote, the President and Republican leaders have chosen to use DREAMers as political pawns. I refuse to let that happen."

“Republicans control the House, the Senate and the White House. There is no doubt that full responsibility for this government shutdown rests solely on their shoulders. The shutdown will hurt countless Americans and do nothing to create jobs, raise wages, or improve our economy. It should never have come to this."

"Tonight's vote by Senate Democrats is not rooted in principle or even ideology – they openly support every provision in the bill they voted against – rather it is a crass political calculation meant to appease the extreme left wing of their party. This is a mess that the Senate Democrats created, holding the entire country hostage because of an immigration issue (DACA) that does not fully materialize until March. It is my hope that cooler heads prevail and a deal to keep the government open can be reached in short order."

"I have notified House Administration that I will not accept any pay during any ‘shutdown’ period. And this is not merely ‘delaying’ pay, a gimmick adopted by many, but rather this will be complete forfeiture ... I am not only encouraging, but I am urging, all of my colleagues, both Republican and Democrat, to do the same. Let’s send a message to the extreme partisans on both sides: do your job or don’t get paid. The brokenness in Washington DC is also Exhibit A of the need to expand the Problem Solvers Caucus in Congress, a bipartisan group who believe in building consensus and coming together for the betterment of our country, a group who rejects the tactics of the extreme partisans on both sides, a group who rejects those who put their party ahead of their country. The Problem Solvers Caucus is what will save our great nation."

"It is deeply disappointing – and entirely avoidable – that we again find ourselves at brink of another government shutdown," LoBiondo said in a Facebook post prior to the shutdown. "As I have always said, shutting down the federal government is never a good option. ... I will remain ready to vote in Washington rather than continue on a planned official Intel Committee trip overseas as part of my CIA Subcommittee oversight duties. ... Furthermore, I will return to the U.S. Treasury my salary for days (the government is closed) as I did during the 2013 shutdown."

"I came to Washington to get things done and have always been willing to work with anyone to solve the serious problems facing our country. Unfortunately, it appears like some people in Washington do not feel the same way. Members of both parties need to stop treating the funding of the federal government like a political football. Instead of finding a solution that would keep our government open, some politicians have resorted to treating our military men and women, as well as vulnerable children in the Children’s Health Insurance Program (CHIP) like bargaining chips. This is no way to run our government and the American people deserve better."