Local startup survives a swim with the sharks 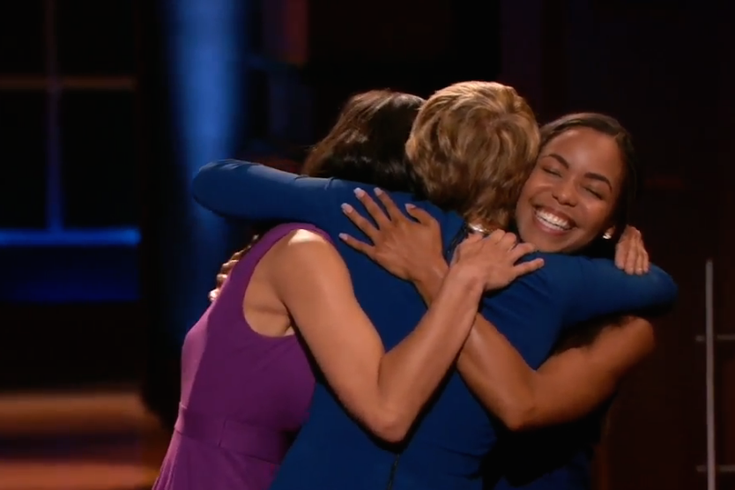 When the founders of local company PiperWai appeared on the reality TV show Shark Tank, they faced immediate skepticism over the idea that a small business that makes all-natural deodorant could ever compete in the massive national market for cosmetics.

"As a shark, I try to stay out of the way of behemoths that can crush me if I start to even get on their nerves," said Kevin O'Leary, one of five ultra-rich investors on the show.

And billionaire Mark Cuban told the women, "I think you're not being well aware enough."

But Jess Edelstein and Sarah Ribner, two best friends who grew up in the Philadelphia area, were determined to pitch their product to the sharks.

"We knew they were wrong, so we kind of smiled and nodded and tried to convince them the best we could, just knowing our product is better than they were imagining," Edelstein told PhillyVoice.

It was this conviction that landed the entrepreneurs a deal that has propelled their company into the national spotlight.

Ribner and Edelstein were looking for investment in an all-natural deodorant made with activated charcoal, which they once whipped up in the community kitchen of Greensgrow Farms in Fishtown.

The pair set the high-stakes game in motion with an ask of 50 grand in exchange for a ten percent stake in the company. Edelstein made an impassioned pitch for the product she invented.

"Our customers love this. Our customers are so passionate they evangelize this product to everyone they know," she said on the show.

Several of the sharks still balked.

"My problem is you come in here and say we're different from all the big guys that are in the natural solution. We're unique, we're special," said O'Leary.

"We are," Edelstein shot back.

However, two of the investors saw the potential in the product: real estate mogul Barbara Corcoran and inventor and QVC host Lori Greiner.

"I love the way you stood your ground. You haven't wavered one bit in believing in your product," said Corcoran.

Both Corcoran and Greiner wanted to invest. Greiner was even willing to test out the product herself by taking a quick sniff of actress Noel Elie, who had run five miles while wearing the deodorant. 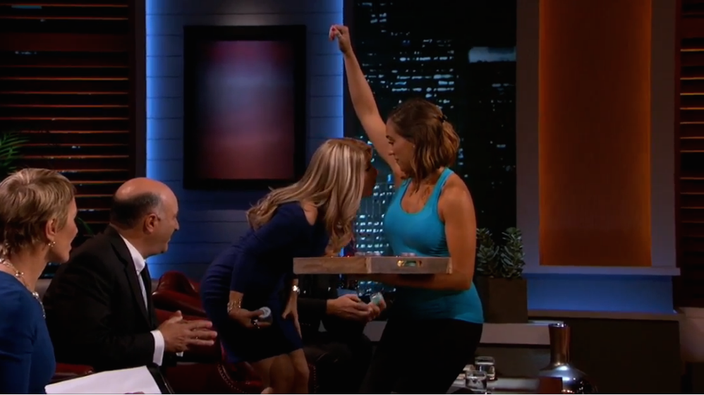 Edelstein and Ribner handed them a counter-offer: ten percent of the company for a 25 percent stake. Corcoran's first response was "absolutely not."

If Corcoran had stuck to her original offer, said Edelstein, "We probably would have walked out without a deal."

Ribner, however, appealed to their shared real estate background. Edelstein is a realtor for BHHS Fox and Roach, and Ribner also has a background in commercial real estate, though now she is a full-time MBA student at Columbia University.

"I think what changed her mind was she saw the way we stood up for ourselves and that we weren't backing down from the criticisms of the other sharks," said Ribner. "She saw how much we believed in ourselves and our company."

Corcoran changed her mind and accepted their offer, saying on the show, "I did it purely out of my gut because I wanted to beat Lori and that's the God-honest truth."

Later, she tweeted out her support for the entrepreneurs.

Trust your gut!!! It's the best partner you have for making the right decisions. #SharkTank #PIperWai

Now PiperWai can take advantage of Corcoran's valuable mentorship, plus $50,000 to use for marketing and product development.

They also need to amp up production. They made 9,000 bottles of PiperWai to prepare for increased demand after the show. Demand did indeed increase, but far past what they dreamed of: they've gotten orders for 50,000 bottles since Friday night.

The feeling, says Edelstein, is exhilarating.

"We could be on Shark Tank, we can do anything!" she said. "The sky's the limit for PiperWai and for Sarah and Jess."

For Ribner, who admits that she was "terrified" of being on camera, the biggest benefit was discovering her own self-confidence. She says she's received a barrage of e-mails from fans who praised the duo's poise on the show.

"They rarely see woman entrepreneurs standing up for themselves the way that we did and counter-offering...," she said. "We negotiated for what we wanted and it feels really good that we were able to go in and achieve our goals."