By Michael Tanenbaum and Daniel Craig 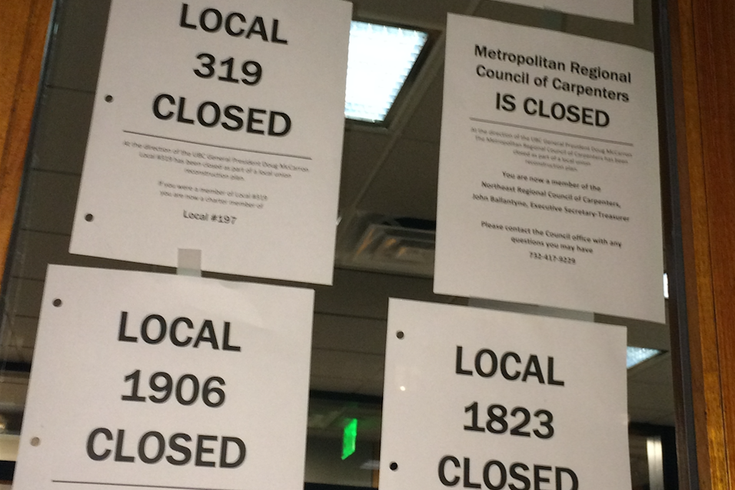 Signs on the door outside the Metropolitan Regional Council of Carpenters headquarters at 18th and Spring Garden streets indicate that the offices are closed on Wednesday, Feb. 3, 2016

The longtime head of the Philadelphia carpenters union is out as part of a reconstruction plan ordered by the president of the national United Brotherhood of Carpenters.

Edward Coryell Sr., the business manager of Local 8 and president of the Metropolitan Regional Council, an umbrella group of carpenters unions and headquartered on Spring Garden Street, was ousted from the labor organization he had led since 1976.

The Philadelphia-based regional council will be consolidated under the Northeast Regional Council of Carpenters, based in Edison, New Jersey.

It was not immediately clear if Coryell would have a role in the newly restructured labor organization.

At the union hall at 18th and Spring Garden streets on Wednesday evening, the locked doors were plastered with individual notices to each union based there, informing members about the restructuring plan.

“At the direction of the UBC General President Doug McCarron, the Metropolitan Regional Council of Carpenters has been closed as part of a local union reconstruction plan," the notices read. 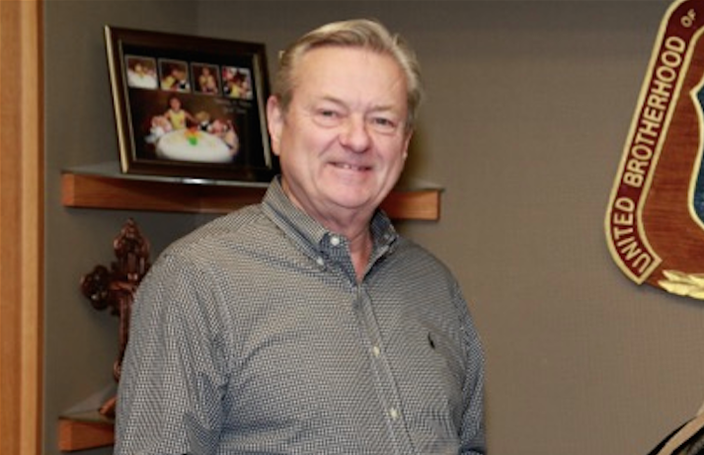 Edward Coryell Sr. had been business manager of carpenters union Local 8 and president of the Metropolitan Regional Council of Carpenters.

Two union officials behind the halls locked, glass doors refused to comment on the changes.

All assets of the regional office will be transferred to the Northeast Regional Council of Carpenters, which includes New Jersey and New York. 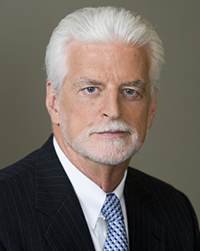 Douglas McCarron has been president of the United Brotherhood of Carpenters and Joiners of America since 1995. He ordered a restructuring of Local 8 in Philadelphia.

The website notice further stated that, "As a new member of the Northeast Council, your Executive Secretary-Treasurer is John Ballantyne, whose office is ready to address any questions or inquires you may have regarding this matter."

The Northeast Regional Council now will be comprised of nearly 40,000 members covering the states of Delaware and New Jersey, plus parts of Maryland, New York and Pennsylvania.

A press release from the union said Coryell is cooperating with the transition and the move is meant to expand the strength of the organization, the Inquirer reported.