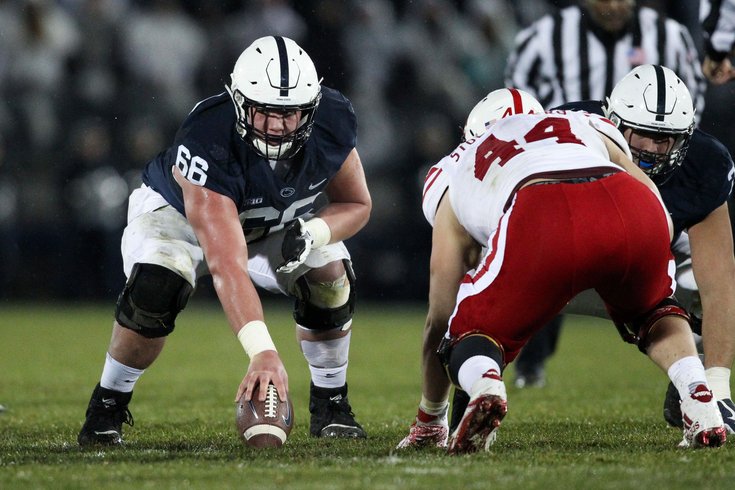 After a very busy first round of the 2019 NFL Draft in the NFC East, things settled down a bit on Day 2. Here's what the Giants, Cowboys, and Washington did in the second- and third-rounds. If you're looking for hate, there is none below, as I felt like the Eagles' rivals all made perfectly cromulent picks on Day 2.

• Round 3, pick 95: Oshane Ximines, DE, Old Dominion: Ximines had good numbers at Old Dominion, posting 32.5 sacks, 51 tackles for loss, and 11 forced fumbles the last four years. Of course, a lot of that damage was done against some lower-level right tackle tomato cans. Still, he possesses athleticism as an up-field rusher.

On the downside, he is thought to need significant work against the run, which is less important as a 3-4 OLB in James Bettcher's scheme than it would be as a 4-3 DE. In my view, Ximines is a developmental prospect with some nice upside, but also a low floor. The Giants need edge rushers, and Ximines represents appropriate value where they drafted him.

• Round 3, pick 76: Terry McLaurin, WR, Ohio State: After a strong first day in which Washington was able to nab a new starting quarterback in Dwayne Haskins and a freak pass rusher in Montez Sweat, Washington grabbed one of Haskins' teammates in the third round in McLaurin. At a minimum, McLaurin should be a special teams standout, and he's a fast (sub 4.4 40) receiver with some upside.

Production is lacking, however. In four seasons at OSU, McLaurin had just 75 catches for 1,251 yards and 19 TDs. His best season was his senior year, when he had 35-701-11, and a YPC average of 20.0. They seem to be OK with speed guys who lack production, but have upside, as evidenced by their free agency acquisition of Paul Richardson. In this case, McLaurin will at least provide kick/punt coverage value, and he's a familiar face for Haskins.

• Round 2, pick 58: Trysten Hill, DT, UCF: Hill is an interesting, talented prospect, but there are character concerns that teams investigated during the pre-draft process, which of course makes him a prime Cowboys target. On the field, Hill is a disruptive one-gapping DT who will fit nicely in their scheme. The Cowboys' website nailed him as a player of interest:

• Round 3, pick 90: Connor McGovern: McGovern was a starter along the PSU OL since his freshman season. He played both guard spots initially, then played center for a year and a half, and finished up his career as the starting right guard. McGovern is a powerful run blocker, but needs improvement in pass protection. He makes a lot of sense in the Cowboys' run-heavy offense, either as depth at guard or as insurance at center if Travis Frederick is unable to recover fully from his illness.