Renovations to the Margate, New Jersey, landmark are expected to be completed by Memorial Day next year 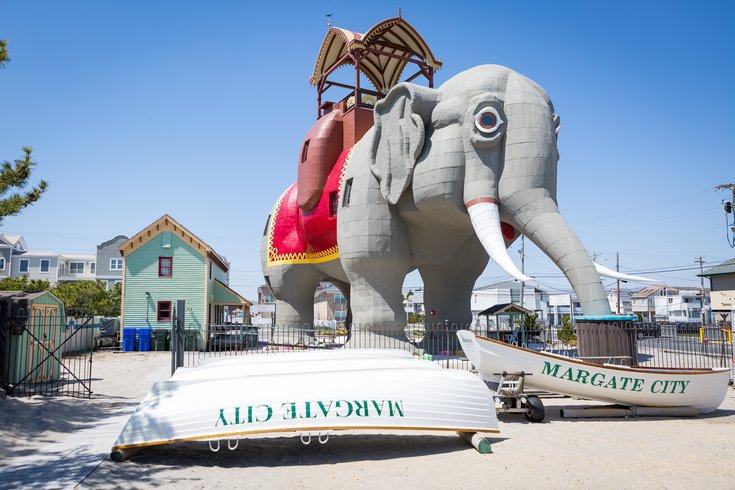 The group preserving Lucy the Elephant has received a $500,000 grant from the National Park Service that will help pay for repairs to the landmark's deteriorating metal exterior.

The multi-million dollar renovation project of Margate's Lucy the Elephant has received major financial boost from the National Park Service.

The 140-year-old historic structure and tourist attraction has received a $500,000 grant that will be put towards restoring Lucy's metal exterior, the Save Lucy Committee said Monday.

The funding, which was awarded last month, is provided through the National Park Service's Save America's Treasures program, which helps preserve and rehabilitate iconic structures and collections across the country. Organizations seeking grants form the NPS must submit applications.

"We are thrilled to receive this Save America's Treasures grant from the National Park Service," Save Lucy Committee executive director Richard Helfant said in a release. "This award signifies the importance of Lucy on a national level, and it will go a long way toward completing our restoration project."

The Save America's Treasures program awarded a total of $15.5 million in grants to 49 projects in 29 states this year. Other notable buildings that are receiving to help pay for restoration projects include the Rose Bowl Stadium in Pasadena, California, the P.T. Barnum Museum in Bridgeport, Connecticut, and Carpenters' Hall in Old City, Philadelphia.

"These grants enable educational institutions, museums, states, tribes and local governments to preserve nationally significant historic properties and collections for future generations of Americans to experience, learn from and enjoy," National Parks Service deputy director Shawn Benge said in a statement when the grants were announced.

Lucy the Elephant's restoration began last month with the installation of weatherproof scaffolding around the zoomorphic building. Tours inside the six-story-tall attraction were stopped in September, but the Lucy's gift shop remains open as renovations continue. The project is expected to be completed by Memorial Day weekend next year, as the summer beach season kicks off.

Built in 1881, Lucy is the oldest surviving roadside attraction in the U.S. It is also the only remaining elephant of three similar structures built on the East Coast by James Lafferty, a Philly-based real estate developer.

Lucy the Elephant quickly became a popular Jersey Shore tourist attraction. Offering expansive views of the ocean and nearby Atlantic City skyline, Lucy attracts roughly 100,000 visitors per year who wish to take in the sights from atop her back.

The design of her crumbling exterior resembles elephants used for popular and controversial tourism in places like Thailand. She is outfitted with a "howdah," the name of the seat that carries riders.

By 1969, Lucy the Elephant's deteriorating exterior prompted the formation of the Save Lucy Committee, which helped secure the necessary repairs and prevented the landmark from being knocked down. The nonprofit organization also led a lobbying effort for the U.S. government to place the structure on the National Park Registry of Historic Landmarks in 1976.