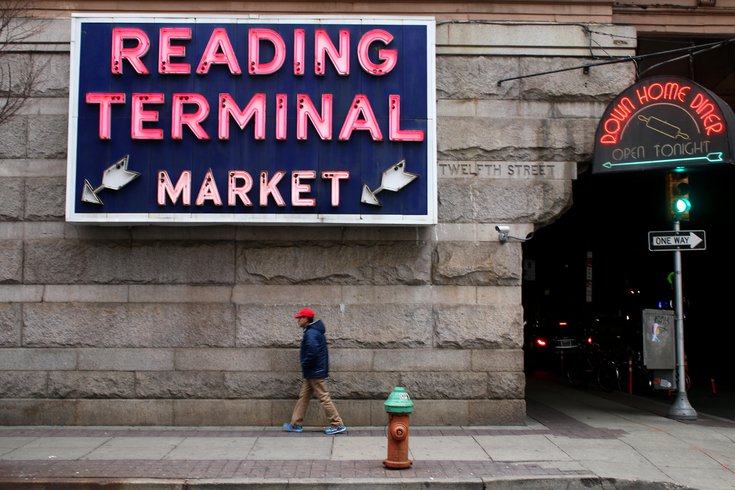 Fans of the late restaurateur KeVen Parker's Soul Food Café will be happy to hear that Southern cuisine will remain a fixture at Reading Terminal Market.

A new soul food restaurant called Ma Lessie's Chicken and Waffles will take over the space once occupied by Parker's eatery later this month for dine-in and takeout service.

Ison left the restaurant to start Ma Lessie's Chicken and Waffles as a food truck with his cousin. The food truck is set to open for business in the coming weeks, too.

"Perry brings the desirable combination of industry experience, arsenal of authentic recipes, and understanding of Reading Terminal Market to this role,” said Reading Terminal Market CEO and General Manager Annie Allman. "We anticipate customers will be excited to hear someone who knew and learned from KeVen Parker will be continuing the tradition of excellent soul food at the market. We look forward to having visitors enjoy Perry’s take on soul food."

After Parker passed away in January, Ison and his cousin submitted a proposal to Reading Terminal Market to take over the spot located near the market's 12th Street entrance.

“It’s an honor to open this business after working with KeVen for so many years," Ison said. "He was a dear friend and colleague and I hope to make him proud, starting by bringing back the chef and much of the staff from KeVen Parker’s Soul Food Café. Loyal customers will find the familiar flavors they’ve loved for years and new visitors will enjoy classic comfort food with a twist. We want to provide our guests with the comfort and nostalgia of their grandmother’s kitchen with the culinary techniques of a high-end restaurant. Customers will get a complete dining experience with us."

Ma Lessie's menu includes flavorful comfort food, such as fried and baked chicken, waffles, a variety of fried fish, baked macaroni and cheese, collard greens and peach cobbler. The eatery's name and menu are both inspired by Ison's grandmother.

The Soul Food Café permanently shut down earlier this year after being temporarily closed since Parker passed away at the age of 57 from cancer and advanced diabetes.

The West Philly native opened the Soul Food Café at Reading Terminal Market in 2013. It was one of 11 Black-owned businesses that are located in the market.

The restaurant had remained open during the COVID-19 pandemic, but it was temporarily shut down in February by the managers of Parker's estate as they sought to determine the future of his eateries and who would operate them.

Parker opened Ms. Tootsie's Restaurant Bar & Lounge at 1312 South St. with his mom in 2000. But his South Street location had only remained open for takeout and small, private events during the COVID-19 pandemic.

Ms. Tootsie's, as well as Parker's catering company, also shuttered in February until it was determined who would take them over.

However, it appears that Ms. Tootsie's may be gone for good, too. The building where Ms. Tootsie's was located went up for sale in February. The space was owned by Parker, who purchased the building for less than $300,000 in 2005.