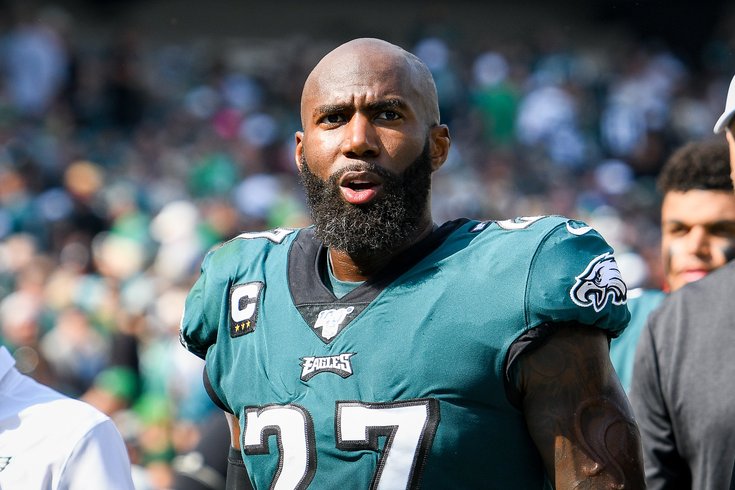 Former Eagles safety Malcolm Jenkins weighed in on the DeSean Jackson controversy on Friday afternoon, calling the ongoing dialogue a "distraction" in an effort to re-center the conversation around the fight for racial justice in America.

Jenkins, who was quick to note up front that Jackson's actions were "wrong" and worthy of condemnation from those impacted by them, would go on to opine that attention was still needed elsewhere, as in the case of Breonna Taylor.

"We can honor the Jewish heritage and trauma while staying focused on what matters," Jenkins said in the caption for the post. "Jewish people aren't our problem, and we aren't their problem. Let's not lose focus on what the problem truly is, and that's that black lives still don't matter in this country. Push this energy toward arresting and convicting the killers of Breonna Taylor and burning systemic racism to the ground."

A full transcription of his recorded comments follows:

We got to stay focused. All of this back and forth that's going on right now is a distraction. Comments were made, and they were wrong. Allow those who were impacted by them to voice their grievances, but we got to stay focused because Breonna Taylor's killers are still not arrested. We're still fighting for justice, we got a lot of work to do, and this ain't it. Stay focused.

While once again noting that Jenkins plainly states that Jackson's actions are wrong, he uses language that attempts to move the conversation off of a current, relevant story and minimize its importance. "Staying focused on what matters" suggests fighting anti-semitism doesn't matter, even if Jenkins doesn't actually believe that.

Given the effort undertaken to establish Black Lives Matter in the mainstream to begin with — the movement began over half of a decade ago and only achieved broader support in the wake of George Floyd's death — concern over losing traction or attention is understandable. There are plenty of bad-faith actors who are attempting to use Jackson's actions as a means to disparage Black Americans, the motives of Black Lives Matter, and the fight for racial justice. That's a bit of context, to say nothing of the hundreds of years of Black history in America that preceded this moment, that must be considered.

But treating anti-semitism as "a distraction" in support of another just cause is exactly what supporters of Black Lives Matter are asking people not to do. Addressing antisemitism and condemning Hitler, which is pertinent at this moment because of Jackson's mistakes, is not an either/or proposition with supporting the fight for racial justice, nor is it an invented distraction meant to intentionally divert focus. It's a problem that has impacted another marginalized community for thousands of years.

Jenkins' condemnation separates him from current Eagles who have found themselves caught up in this controversy, but falls short of the leadership standard he set while in Philadelphia.