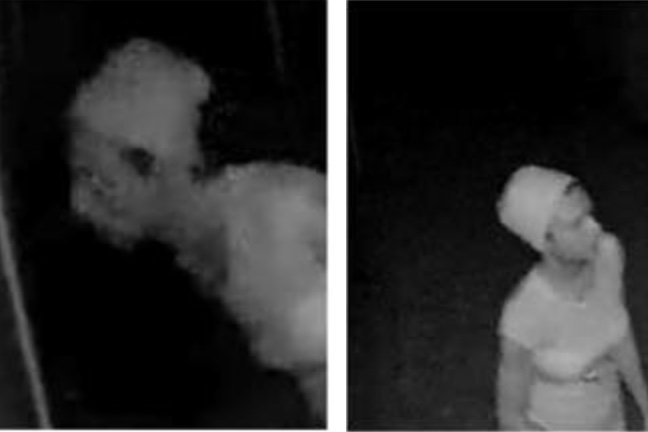 Stills of the man believed to be a suspect by police.

The Berkeley Township Police Department is asking for help in identifying a man who is wanted for peering into windows and committing a “lewd act” in a senior citizen community while dressed in women’s underwear.

The police issued a notice with an attempt to identify on Friday night:

The man, who is believed by police to be in his 20s or 30s, was photographed committing the alleged acts Sept. 20, and is also a suspect in an attempted burglary from the same night.

RELATED: Alligator on the loose in South Jersey for the last 48 hours | New Jersey man sentenced to 30 years for shooting his former boss

Police say the man committed the acts near Jamaica and St. Catherine boulevards, just five miles outside of Toms River.