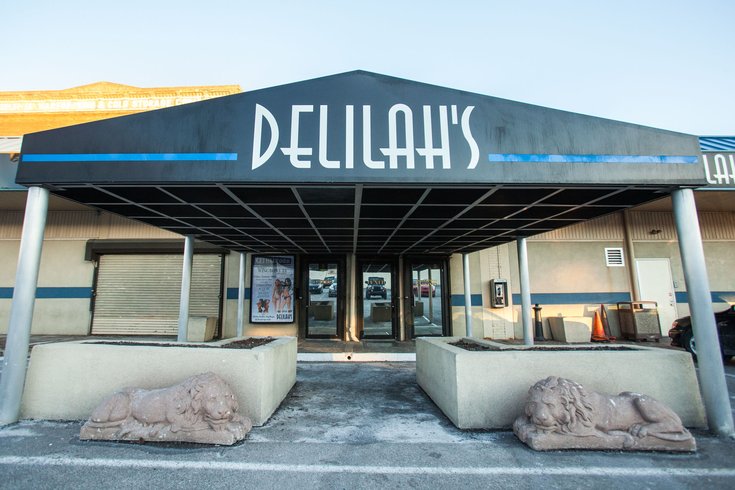 In March 2017, a man with an assault rifle with sniper's scope opened fire toward the parking lot of Delilah's Gentlemen's Club & Steakhouse. Nobody was struck by the four bullets fired.

Correction: The assault weapon used in this crime was misidentified in the original report. The weapon was an AR-15.

Lawrence Mitchell was denied admission to Delilah’s Gentlemen’s Club one night in March 2017, so he went to the fifth floor of a nearby apartment building under construction, and opened fire with an AR-15 assault rifle with a sniper’s scope.

Mitchell fired in the direction of the strip club’s parking lot in Northern Liberties, striking vehicles and walls and, luckily, not the manager and a woman who were outside at the time.

In the immediate aftermath of the incident, Philadelphia police were forced to shut down parts of nearby I-95 as they searched for a suspect who would later be identified from surveillance footage of him at the door, and his white truck in the parking lot.

When authorities tracked the alleged sniper down to his Camden County home, they found spent magazines. The suspect’s mother would alert them to the presence of the AR-15 there, as well.

The plea deal was not negotiated between defense attorney Jeremy Evan Alva and the District Attorney’s Office, so when Mitchell returns to court for sentencing on May 3, he’ll face between 43.5 and 87 years in prison.

That sentencing hearing is expected to delve into the issue of mental illness and access to guns.

It’s that history, and other details that Alva plans to share at the sentencing hearing, that guided the attorney’s comments after his client’s plea to a crime for which a motive has never been established.

“Mr. Mitchell is a prime example of people with mental health issues that, if they go un- or undermedicated, lead to something horrible happening,” Alva said of Mitchell, who has a master’s degree in special education.

“Mr. Mitchell is in treatment now, and abiding by doctor’s orders and taking prescribed medications," he continued. "He is a good person with a mental illness, and not a threat to the community.”

The person who answered a call at Delilah’s on Thursday afternoon said, “No, we have nothing to say about” the plea.