If the legislation passes, New Jersey would be the first state to mandate helmets for adult cyclists 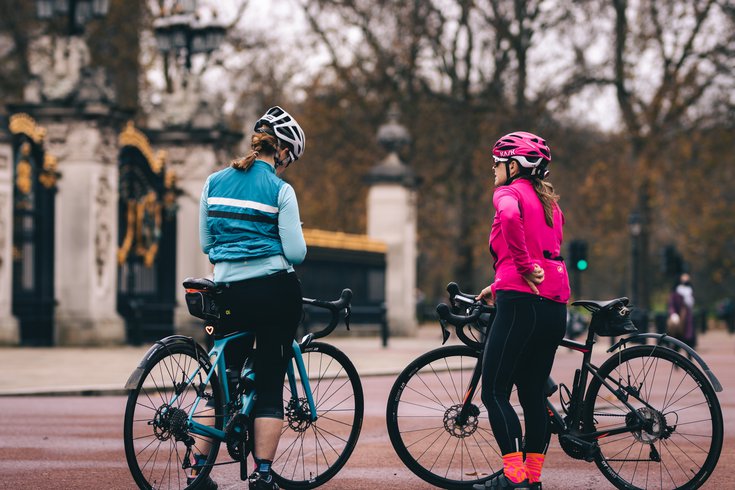 New Jersey Assemblyman Reginald Atkins, representing District 20 of the General Assembly for the state, proposed a bill requiring all bicycle and scooter riders, including motorized scooters to wear helmets.

For many children, the memories of their first bikes go hand in hand with getting to pick out cool helmets to match. But in New Jersey, once a person turns 17, those helmets are no longer required by state law.

A bill in New Jersey aims to change that. Assemblyman Reginald Atkins has introduced legislation that would require all bicycle and scooter riders – including people riding motorized scooters – to wear helmets. Atkins, a Democrat representing Union County, said he was inspired to take action after wife and daughter were scraped up in a riding accident.

Some critics say mandatory legislation such as Atkins's proposal will deter people from riding bikes.

New Jersey's law states cyclists, as well as skateboarders, in-line skaters and roller skaters, must wear safety helmets, if they are younger than 17. Warnings are issued to first-time offenders. The next violation can result in a $25 fine, and subsequent infractions can increase to a maximum fee of $100.

Debra Kagen, the executive director of the New Jersey Bike and Walk Coalition, told NJ.com that while her organization wants people to consider wearing helmets, it is opposed to mandating them for adults.

"Some people won't bother biking if they have to wear a helmet, others will be discouraged because helmet laws give a false impression that cycling is extremely dangerous," Kagen said. "The focus needs to be on making our streets safer for bicycling, not requiring riders to wear equipment to keep them safe."

If it becomes law, New Jersey would be the first state to require adults to wear bicycle helmets when riding. Across the world, just four countries have universal helmet mandates: Argentina, New Zealand, Cyprus and Australia.

A few years ago, the National Transportation Safety Board recommended all 50 states adopt legislation requiring helmets for all cyclists. Its research and reason focused on crash protection and limiting the impact of severe head injuries.

"Because research shows that less than half of bicyclists wear helmets and that head injuries were the leading cause of bicyclist fatalities, the NTSB recommended that all 50 states, the District of Columbia and Puerto Rico require that all persons wear a helmet while riding a bicycle," the organization said in a press release.

But Bicycling Magazine argues that helmet laws make cyclists less safe. Its research shows that when cities and states mandate helmets, it causes a reduction in the number of cyclists on the street, as well as financial struggles for bike-sharing systems. According to the site, fewer riders on the street has a negative effect on the safety-in-numbers approach, which means the more cyclists on the road, the safer they feel in traffic.

"More people on bikes creates safer conditions on our streets," author Thomas DeVito wrote. "The unfortunate truth is mandatory helmet laws simply don't lead to their purported goal, which is to make streets safer. In fact, and perhaps counter-intuitively for many of us, the opposite remains the case across a growing number of cities around the world."

Liam Blank of the Tri-State Transportation Campaign told NJ.com that this legislation does not accurately deal with the problem underlying most bicycle accidents.

According to the New Jersey police, there have been 16 people killed in bike crashes in the state in 2022. Last year, 26 cyclists died in N.J. crashes.

New Jersey Gov. Phil Murphy is reportedly not opposed to the bill; however, this bill seems to have an uphill battle to climb.

NOTE: The headlines and other portions of this article were edited after it was originally published.