The Department of Banking and Insurance released a report last week recommending the change, and if approved, it could be implemented by Jan. 1 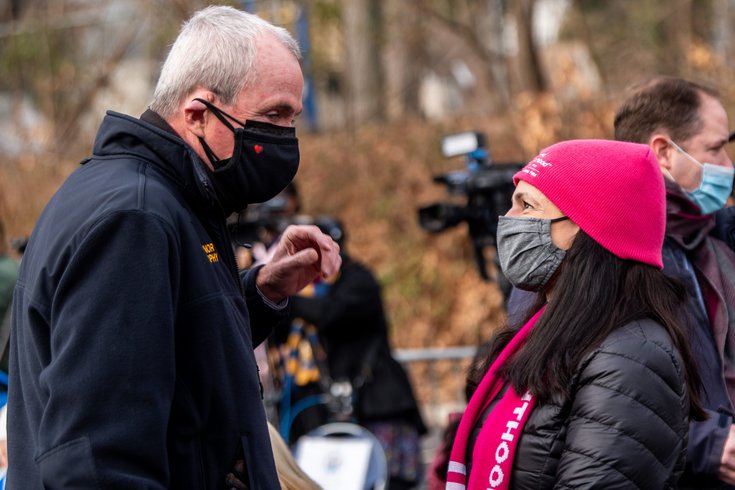 The recommendation was made by the Department of Banking and Insurance as part of a study it conducted in January when Gov. Phil Murphy codified abortion rights into New Jersey's state law. The Freedom of Reproductive Choice Act was passed ahead of the Supreme Court's expected decision to overturn Roe v. Wade, which they did in June.

Medicaid, as well as a handful of private insurance plans offered through the state's insurance marketplace, Get Covered New Jersey, provide coverage for abortions. However, there are no federal or state laws mandating or prohibiting this coverage, which the report cites as "a source of confusion and a potential obstacle to accessing the full range of reproductive health care services for many individuals."

The report notes that the state protects the right to terminate a pregnancy without government interference, and argues that the protections outlined in the Freedom of Reproductive Choice Act conclude that abortion is health care, and should be covered by private insurance plans.

After the recommendation was made last week, the Individual Health Insurance Coverage Board voted Tuesday to begin the process of implementing the change. The Small Employer Health Program Board is set to vote on Wednesday, NJ.com reported. There will be a 20-day window for public comment before both boards vote to adopt the change, which could go into effect by Jan. 1, 2023.

If passed, the regulation would apply to all abortions and would not be limited to cases of rape, incest or threat to life of the mother. However, there would be some limitations.

"We believe in the universal right of all New Jerseyans to access reproductive health care regardless of income or economic status," Jackie Cornell, executive director of the Planned Parenthood Action Fund of New Jersey, said. "This move by the (Murphy) administration will help break down barriers to accessing abortion care."

Though the mandate is expected to pass and be implemented in the new year, Assemblyman Gerry Scharfenberger, a Republican from Monmouth County, told NJ Spotlight that he intends to voice opposition to the mandate.

"To force companies to cover this particular procedure is going to result in, I think, extremely high premiums over time," he said. The report notes that the changes would not raise premiums in any major way, explaining that costs associated with abortion coverage would be offset by savings from prenatal and postnatal care, as well as delivery.

Marie Tasy, executive director of New Jersey Right to Life, an anti-abortion organization, told the New Jersey Monitor that she believes the mandate is going to encourage more people to seek abortions, calling it "disgraceful."

While the costs of an abortion can vary based on a variety of factors — including whether an abortion is procedural or medication-based — money is one of the most common barriers to accessing abortion in the United States. In 2020, the median cost for a medication abortion was $560, and $575 for a first-trimester procedural abortion, according to the report.

The cost for a third-trimester procedural abortion was $895. Though the vast majority of abortions in the United States occur within the first trimester, low-income individuals face challenges in accessing them.

The Federal Reserve estimates that only 68% of U.S. adults would be able to cover an unexpected $400 emergency expense, meaning that more than a quarter of people would be unable to pay for an abortion without raising funds. Statewide funds have popped up in recent years to help support people seeking abortions, including the New Jersey Abortion Access Fund.

Seven states mandate all private health insurance plans cover abortion, including California, New York, Illinois, Maine, Maryland, Oregon and Washington. Other states have restrictions for coverage based on why the abortion is being sought, including rape, incest, threat to life of the mother or fetal impairment. 11 states bar private insurers from covering abortion in most circumstances, NPR reported.