Deana DeRosa Eckman died in a 2019 crash caused by a driver who had five prior DUI convictions. Such motorists will now serve prison sentences consecutively 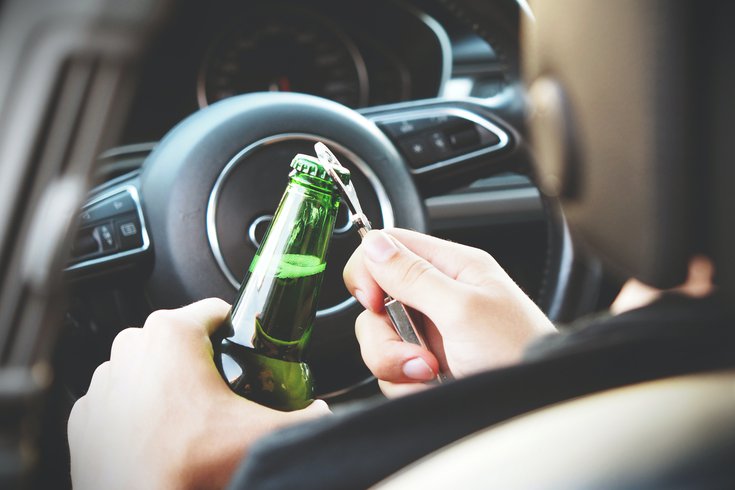 Act 59 of 2022, a law that strengthens penalties for repeat DUI offenders, took effect this week. The law honors Deana DeRosa Eckman, who was killed in February 2019 by a drunk driver with five prior DUIs.

People with multiple convictions for driving under the influence now will face more stringent penalties in Pennsylvania, including tougher sentencing guidelines and longer prison terms.

David Strowhouer, who had been convicted of five previous DUIs, crossed over the yellow lines while driving his truck along the 3300 block of Market Street and crashed into a car driven by Eckman's husband, who survived the impact.

In addition to driving with a blood alcohol content more than twice the legal limit of .08, authorities found that Strowhouer had cocaine, Valium and marijuana in his system at the time of the crash. Strowhouer, who initially fled the scene on foot, later returned and told authorities that he had attended his mother's funeral that day and had been drinking. He said he was on his way to Chester to buy cocaine at the time of the crash.

Last November, Strowhouer was sentenced to 24 to 51 years in state prison for third-degree murder, homicide by vehicle while DUI and related offenses. The sentence was 18 months shorter than the one Strowhouer had been given before he appealed his case, prompting legislators to renew their efforts to enact stricter laws for repeat DUI offenders.

In July, Gov. Tom Wolf signed the resulting bill into law as Act 59 of 2022. The law updates the grading and penalties attached to DUI offenses. On Monday, PennDOT spelled out how the amended Pennsylvania Vehicle Code will affect drivers.

The law will require consecutive sentencing for repeat DUI offenders who refuse a breath or chemical test, or who have a BAC of .16 or higher — twice the legal limit in Pennsylvania. It also covers DUI offenses involving controlled substances.

Previously, people with three or more DUI offenses only would face a third-degree felony charge.

The new law also stipulates that a sentence imposed on a person for a DUI offense will be served consecutively — instead of concurrently — to any other sentence. Exceptions will be made for violations that are required to be merged during sentencing. There also will be a sentencing enhancement in cases involving people with four or more prior DUI offenses.

"This law makes significant changes to existing law that will ultimately increase the protection of all drivers by keeping repeat offenders from continuing to operate a vehicle while impaired by drugs or alcohol after being charged with a DUI," PennDOT Secretary Yassmin Gramian said. "Repeating these offenses puts others at risk and these law changes reflect the severity of these acts to make our roads safer."

The American Civil Liberties Union of Pennsylvania had opposed the passage of the legislation, arguing that the change to second-degree felonies was unjustified based on the refusal to take a breath or chemical test alone.

"To be clear, this penalty enhancement is not triggered by the infliction of bodily injury or death, but for refusing a test — charged the same as other second-degree felony offenses, such as statutory sexual assault or involuntary manslaughter of a child under 12 years old," the ACLU-PA said.

Some state lawmakers also have sought to amend DUI laws to protect medical marijuana users by eliminating the state's zero-tolerance policy for THC. The active ingredient in marijuana has been used without proof of impairment to penalize drivers who are registered medical marijuana patients. The presence of THC is usually identified through metabolites in a blood test. Police officers in Warren County, in the northwestern part of the state, will soon begin using marijuana breathalyzer tests on drivers suspected of DUI as part of a three-month test program.

The bill to strengthen penalties for repeat DUI offenders was written by state Rep. Chris Quinn, a Republican from Delco, who was joined by the parents of DeRosa Eckman when the law was enacted.

"(Strowhouer) was out on the street only because he was allowed to serve the sentences for his fourth and fifth DUIs concurrently," Quinn said. "Had the court imposed consecutive sentences for these offenses, he would have still been imprisoned the night (Deana) was killed. That painful fact magnifies this tragedy and highlights the need for this new law."

DeRosa Eckman's mother said she believes the changes to the law will make Pennsylvania's roads safer.

"There are no words strong enough to describe the pain of outliving your child," Roseann DeRosa said. "Deana's death left a wound in our lives that will never fully heal. What happened to her and our family could have happened to anyone. We are incredibly grateful that Deana's memory will better protect Pennsylvanians from those who repeatedly and wantonly drive under the influence."