Ricardo Carrion, 42, ran the trafficking operation from 2018 until it was dismantled by the DEA and Philly police 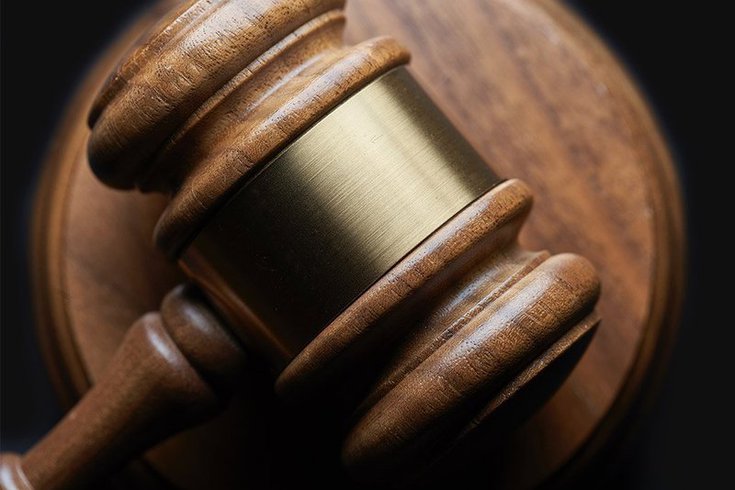 Ricardo Carrion, 42, otherwise known as 'PR,' was sentenced to 19 years and four months in federal prison for his leadership role in a drug trafficking organization that distributed thousands of doses of heroin and crack cocaine.

A Kensington man was sentenced to nearly 20 years in prison for his leadership role in a drug trafficking organization in the North Philadelphia neighborhood, supplying thousands of doses of heroin and crack cocaine to those living with addiction, federal prosecutors said.

Ricardo Carrion, 42, otherwise known as "PR," ran the organization on the 3100 block of Weymouth Street as far back as 2018 before the U.S. Drug Enforcement Administration and Philly police halted the operation as part of an investigation into drug trafficking and overdoses in Kensington.

DEA investigators discovered that Carrion supplied narcotics to an organization selling heroin stamped with the word "funeral" to advertise its potency to customers in the area. Covert surveillance repeatedly showed Carrion carrying large bags into stash houses, and a traffic stop of a cab he was riding in recovered a bag containing more than 3,300 containers of crack cocaine, according to U.S. Attorney Jacqueline C. Romero.

At Carrion's trial, prosecutors released evidence that Carrion used code words including "lenta," which means slow in Spanish, and "hard cola," to discuss heroin he ordered for street deals.

"This years-long drug trafficking enterprise impacted more than this one block in one neighborhood; it left a path of destruction across Kensington and throughout Philadelphia," said Romero. "This sentence sends a clear message that, in order to halt the flow of deadly drugs into our communities, our office and our law enforcement partners are committed to investigating and prosecuting prolific drug dealers pedaling poison to those suffering from addiction."

The trial wrapped up in September 2021, and Carrion was convicted of multiple drug trafficking charges including conspiracy to distribute controlled substances and possession with intent to distribute crack and heroin.

During the trial, Carrion threatened one of the main witnesses against him, the U.S. Attorney's Office for the Eastern District of Pennsylvania said. After the trial had ended and the jury was dismissed, Carrion asked for personal information about the jurors and was immediately denied access.

At his sentencing hearing, prosecutors painted a picture of Carrion's lengthy criminal history and life of drug dealing. He was sentenced to 19 years and four months in federal prison in connection with the drug trafficking operation.

Carrion's case was part of a larger investigation from the DEA and Philly police into drug crime and overdoses in Kensington, according to the U.S. Attorney's Office. The neighborhood, which has become a priority for prosecutors at the local, state and federal levels in recent years, bears the brunt of the opioid epidemic in Philadelphia.

In 2017, the DEA implemented its 360 Strategy in Philadelphia, aimed at dismantling drug trafficking organizations and providing community resources to residents of neighborhood most impacted by the opioid crisis.

As Kensington is a hot spot for drug trafficking, the 360 Strategy includes a combination of investigating high-level drug traffickers and opening diversion programs aimed at reducing the amount of illicit drugs on the streets.

The investigation into Carrion and his drug trafficking organization was part of an Organized Crime Drug Enforcement Task Forces operation, which investigates and dismantles high-level crime organizations throughout the United States. The operations include covert surveillance and collaboration from local, state and federal law enforcement agencies.

Patrick J. Trainor, supervisory agent with the DEA's Philadelphia Division told Philadelphia Weekly that the agency works closely with police to identify high-level drug trafficking organizations and their connections to violent crime happening in neighborhoods throughout the city.