CableTV.com, a website that finds TV deals and promotions, and West Frontier Communications recently teamed up to find the most popular HBO Original Series in each state by using data from Google Trends.

So what's Pennsylvania's most beloved show to binge? None of the above, according to the two. TV-watchers in the Keystone State were most glued to the show "Oz," a drama set in a fictional maximum-security state prison.

"Oz," which ran from 1997 until 2003, was also the top pick for Arkansas, Kansas, Maine, Missouri, North Dakota, West Virginia and Wisconsin.

Unsurprisingly, New Jersyans most preferred "The Sopranos," which is based in the Garden State.

The most popular show in the country was HBO's "Divorce," a comedy starring Sarah Jessica Parker and Thomas Church. It took the top spot in 12 states.

See the complete map below: 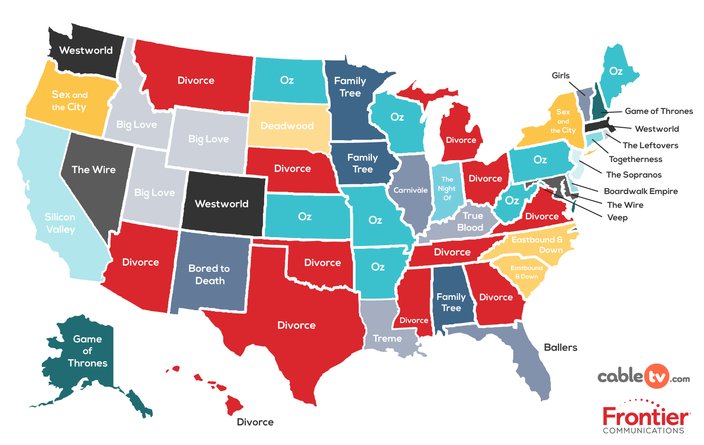