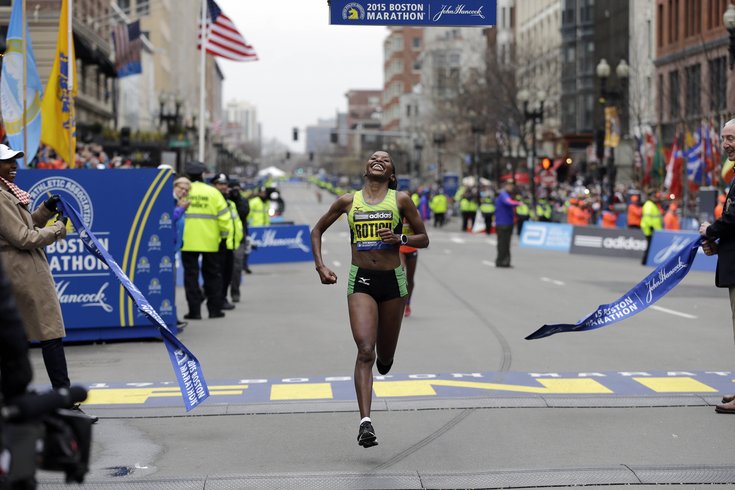 Caroline Rotich, of Kenya, breaks the tape to win the women's division of the Boston Marathon Monday in Boston.

Running a marathon is often compared to childbirth, which, as any mother will tell you, is no walk in the park.

So why then do runners often return to the racecourse time after time to willingly submit their bodies to aching pain, exhaustion and dehydration? Maybe because they forget how much pain they were in.

According to a 2012 study by Przemyslaw Bąbel, Ph.D., a professor of psychology at Jagiellonian University in Poland, similar to giving birth, the sense of accomplishment, happiness and pride associated with completing a 26.2-mile race trumps the feelings of discomfort over time.

In other words, the reward is worth the sacrifice.

To complete the study, Bąbel surveyed 62 marathon runners immediately after they crossed the finish line and again several months later and found the level of pain they reported experiencing significantly decreased as time went on.

Those contacted six months later, they remembered the pain intensity as being around 3.2 on a 7-point scale, on average, whereas their actual average pain intensity rating after the marathon was 5.5.

Read more on the study here.