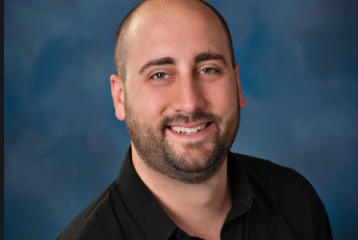 Mornings at 97.5 The Fanatic will soon have a different lineup after the station officially confirmed several moves in motion for weeks.

Anthony Gargano, who had been hosting the morning show, will move to the midday show alongside Jason Myrtetus from 10 a.m. to 2 p.m.

Harry Mayes, who had been co-hosting the midday show with Myrtetus, confirmed that he will no longer be with the station.

That follows another announcement from Eytan Shander that he had also been let go from the station.

“These moves for 97.5 The Fanatic put the brand in an even stronger position for our listeners and customers moving forward,” said vice president of programming Buzz Knight. “They also demonstrate that Beasley Media Group is committed to great talent and content acquisition.”

Farzetta, who has been a television producer and journeyman in local sports media, most recently worked for rival station SportsRadio 94WIP on Angelo Cataldi's morning show. Thomas has intermittently coached and worked in media roles over the past several years.

“We are very excited to be adding Marc Farzetta and Tra Thomas to The Fanatic lineup,” said content manager Eric Johnson. “I’ve been a fan of Marc’s since he started on the air in Philly in the mid-2000s. He’s evolved into a major talent in town, growing from Update Anchor and Time Out Entertainer at Temple basketball games to Radio Talk Show Anchor and NBC Sports Philadelphia Host. Tra has a natural gift of compelling storytelling!”

The moves put an end to speculation that Gargano might be out at 97.5 The Fanatic.

“With Anthony Gargano leading our midday show with Jason Myrtetus, these moves will put the station in a much stronger competitive position," Johnson continued. "This really ushers in a new era for a great brand."