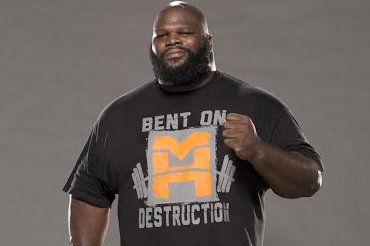 WWE Superstar Mark Henry loves food and Philly, but says, "I don’t want to make any enemies and choose sides. I know when you choose sides by what kind of cheesesteak you eat, there’s no winner."

WWE superstar and World’s Strongest Man, Mark Henry, spoke to PhillyVoice.com recently about his longevity in the wrestling business, WrestleMania coming up in his backyard, the Attitude Era and more.

PV: You’ve suffered a rash of injuries throughout your powerlifting and wrestling career, but you’ve come back better and stronger each time. What do you attribute that to?

PV: Do you miss the Attitude Era at all?

MH: I miss the Attitude Era to an extent. But just yesterday I was running around Philly and I went to a barber shop to get my head balded up, my beard trimmed, and a little kid walked up to me and said, ‘Mark Henry, I love you!’ I said ‘I love you, too, man. You keep watching!’ and he was jumping up in the air and everything. Turned to his mom and hugged her. That wouldn’t have happened during the Attitude Era.

PV: It seems like you can do anything thrown your way creatively in WWE, from the early days of your career to now. Is there a certain quality superstars today need to be able to make anything work?

MH: It’s been a great ride. I’m an avid fan myself. I’ve studied history. You have to lose your ego and assume the role that you’re in and run with it. A lot of people won’t allow themselves to see beyond their own nose sometimes. I’m not one of those people.

PV: It’s October and WWE has teamed up with the Susan G. Komen Foundation the last few years and have really pushed that on television. What are some other charities you like getting involved in?

MH: The Special Olympics is my favorite because there’s so much love those guys and girls give you. The relationship that we have with the Susan G. Komen Foundation is one that touches home. My mother died of cancer. I’ve known several people that have fought and beaten it, and a couple of people that have lost their lives to it. We’ve raised more than $1 million. We also have it to where our fans can donate $1, $5, or $10 to WWE on their checkout on WWEShop.com. Our fans are joining us in the fight.

PV: Former WWE superstar, C.M. Punk, sent out a controversial Tweet about the Susan G. Komen Foundation and said the foundation was a scam and the money raised didn’t go to cancer research. What are your thoughts on that?

MH: I believe in freedom of speech. I believe people have the right to say whatever they want to say. As long as they’re ready to own what they say. Because there’s a price to pay when you say something that’s against the grain that is not correct.

PV: WrestleMania’s coming up next year in your backyard in Arlington, Texas. How much do you want to be on the card come April 3rd?

MH: That’s my home state, man. I’m getting long in the tooth, and each time I reach it [WrestleMania], I’m thankful for one more year. There may not be another one. So I’m definitely looking forward to it. I want to be there.

PV: When you do hang up the boots, will you stay involved in the industry?

MH: Most definitely. I’ll be involved always until they put me in the grave. But I’m really just enjoying the journey right now.

PV: For good measure, who in the Presidential race deserves to be inducted into the Hall of Pain?

MH: Oh, man. I think if anybody deserves to be inducted into the Hall of Pain, it’s Donald Trump.

PV: What are some of your favorite spots to hit in Philly?

MH: One of my favorite things is Reading Terminal [Market]. I like to get ice cream, and I’m kind of a foodie so I try to get out there and hit the spots. I’ve done the whole cheesesteak tour. I don’t want to make any enemies and choose sides. I know when you choose sides by what kind of cheesesteak you eat, there’s no winner.