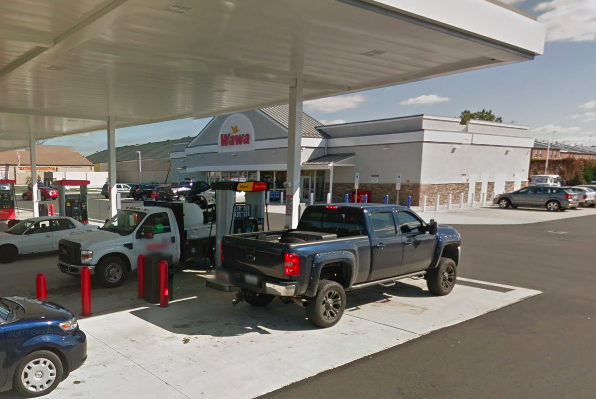 This Wawa at 7001 Roosevelt Blvd. in Northeast Philly's Mayfair neighborhood was robbed early Friday morning, Philadelphia police say. One of the store's employees was maced and another was bitten during the incident.

Three Wawa employees were hospitalized early Friday morning after a violent robbery at a store location in the Mayfair section of Northeast Philadelphia.

Police said the incident occurred around 2:33 a.m. at the Wawa on East Roosevelt Boulevard and Tyson Avenue

A group of two males with two women entered the store and allegedly assaulted three employees before stealing several items and ransacking the store.

A 21-year-old male victim suffered a bite mark to the right arm and scratches on his face and arm. Another male employee, 25, was maced in the face. The third employee, a 20-year-old woman, suffered a cut to the lip.

The three employees were taken to Nazareth Hospital for treatment and are listed in stable condition, police said.

All four suspects were apprehended at the scene and will be charged. The investigation remains active and ongoing by Northeast Detectives.