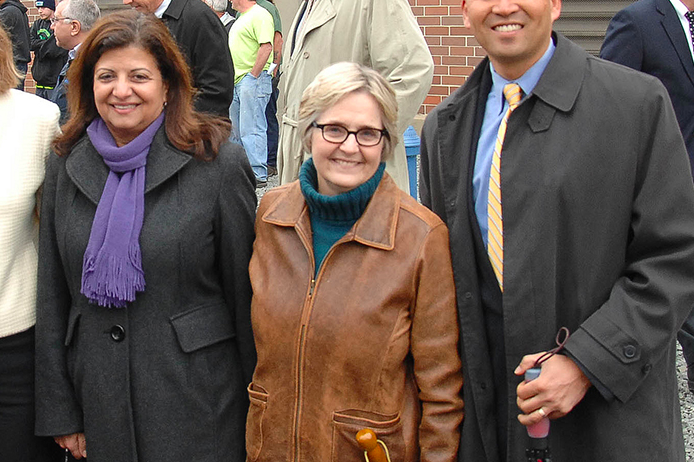 Philadelphia Mayor Jim Kenney, busy rounding out his administration during his first week in office, has appointed Debra McCarty to lead the Philadelphia Water Department, making her the first woman to hold the title of commissioner in the department's 200-year history.

McCarty began her career with Philadelphia Water in 1982 as a sanitary engineer at the Northeast Water Pollution Control Plant. In 2004, she took on the role of deputy water commissioner of the Operations Division, managing three drinking water treatment plants, three wastewater treatment plants, 3,200 miles of water mains, 3,500 miles of sewers, 79,000 inlets, 25,000 fire hydrants and various pumping stations throughout Philadelphia.

Following the announcement, McCarty said she looks forward to serving the department in her expanded role.

“I’m honored by Mayor Kenney’s appointment and look forward to building on work that has established the Philadelphia Water Department as a national model for what a modern water, wastewater and stormwater utility can be,” McCarty said.

McCarty, who received her bachelor's in environmental engineering at Johns Hopkins University, will replace Howard Neukrug as commissioner of Philadelphia Water. Neukrug served the department for 37 years prior to his retirement in December. He recently shared his gratitude in a letter to employees.

“During my time at Philadelphia Water, I have participated in an era of profound change," Neukrug said. "Together we achieved new and improved levels of health and environmental protections pursuant to the mandates of the Clean Water Act and the Safe Drinking Water Act. We became Philadelphia’s finest environmental protection agency — cleaning up our city’s most vital and abundant natural resource: water.”

In addition to her experience in the water industry, McCarty remains an active member of her community. She currently serves as president-elect of her local civic association and sits on the board of The Philadelphia Singers. As commissioner of Philadelphia Water, she will strive to continue the department's record of quality and ingenuity.

“We will continue to provide 1.61 million people with top quality drinking water and improve and protect the health of our rivers while investing in innovative solutions to 21st Century challenges.”