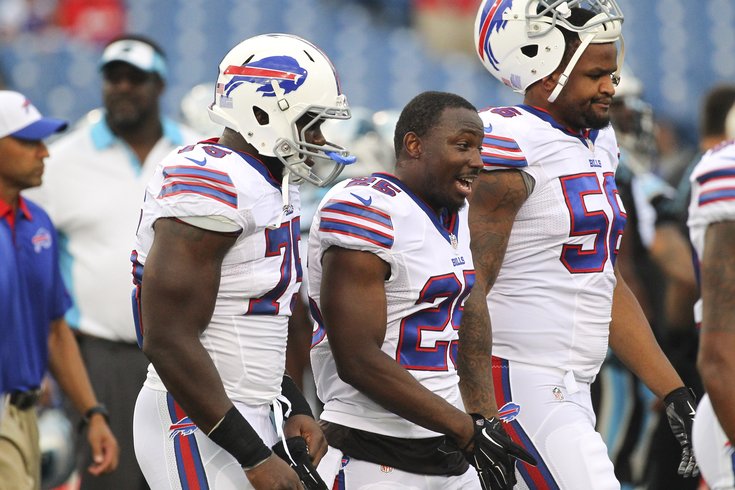 A common sight: McCoy with his mouth open.

The 2013 rushing champion is only mildly impressed by the 2014 rushing champion. In an interview with GQ Magazine, LeSean McCoy said he doesn't view DeMarco Murray as an equal, talent-wise.

“I think Murray’s good,” McCoy says. “But I don’t see him as competition as far as the best backs. I like my game a lot.”

A year ago, Murray led the NFL in rushing yards by a margin of almost 500 yards. His accomplishments in 2014 have come under absurd scrutiny, in that many have discredited Murray because he ran behind the Dallas offensive line, which is apparently a collection of talent equal to five Michael Jordans.

Back in June, we took a detailed statistical look at Murray vs McCoy, and scored it like so:

McCoy is a great back, but Murray is every bit the runner that he is.