Yes, the 'meat sweats' are a science-backed phenomenon

It takes a lot of energy to digest meat, so naturally your body heats up 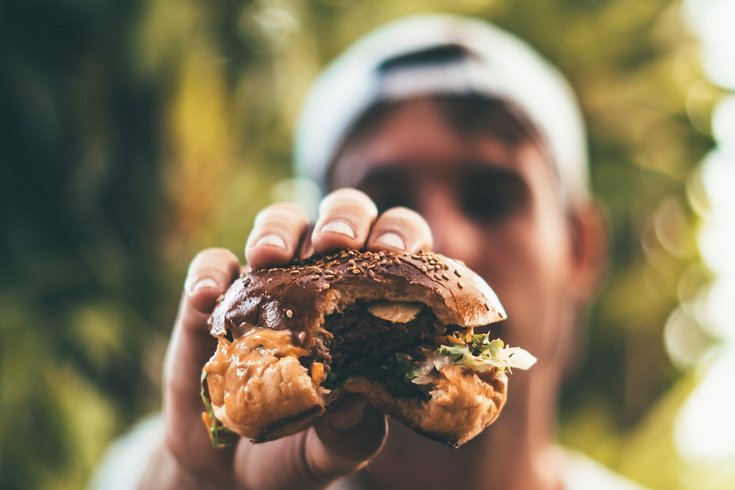 Everybody knows that moment when you're approaching the finish line of a burger or slab of meat-filled plate, and seemingly out of nowhere, you get overwhelmingly overheated. One drop of perspiration at first, but then another and another as a full-on sweat begins.

You have just entered the realm of meat sweats. And it turns out, this is actually a science-backed phenomenon.

"Meat sweats are a physical reaction some people can experience after eating large quantities of protein-rich foods," Verona Somarriba, MS, RDN, clinical nutrition coordinator for the Division of General Surgery at the Icahn School of Medicine at Mount Sinai, told Men's Health:

"It's a cascade effect of multiple systems being activated in the body that lead to the excessive sweating," says Somarriba. "Eating is a complex process that engages the brain, the mouth, salivary glands, the esophagus, digestive tract muscles, stomach, pancreas, gall bladder, and the liver. This process requires energy, and the type of food that is ingested determines how much energy the body will use to break it down — this is called thermogenesis."

It's no surprise that consuming large quantities of protein results in an increased body temperature — it's a lot harder for your body to break down compared to fruits and vegetables. Those who eat a lot of meat may have conditioned their bodies to crave protein. If so, their bodies may immediately utilize energy from digested proteins to begin making new ones, itself a heat intensive process, Live Science explained.

Other factors leading to an increased susceptibility to meat sweats include: the person’s conditioning, body weight, eating habits (frequency of these types of meals) and other health factors.

In terms of preventing the meat sweats, eating less meat is a good first step — especially if you're tired of having to remove your shirt in the middle of every meal. Healthline also suggests that meat sweaters try spreading their meals throughout the day:

"If your meat sweats are indeed caused by the energy you expend during digestion, then it follows that less food will require less energy. Less energy equals less heat."

By the way, regular meat sweats may be indicative of a more serious health issue, including metabolic disorders, that should be assessed by a physician, Healthline reminded.