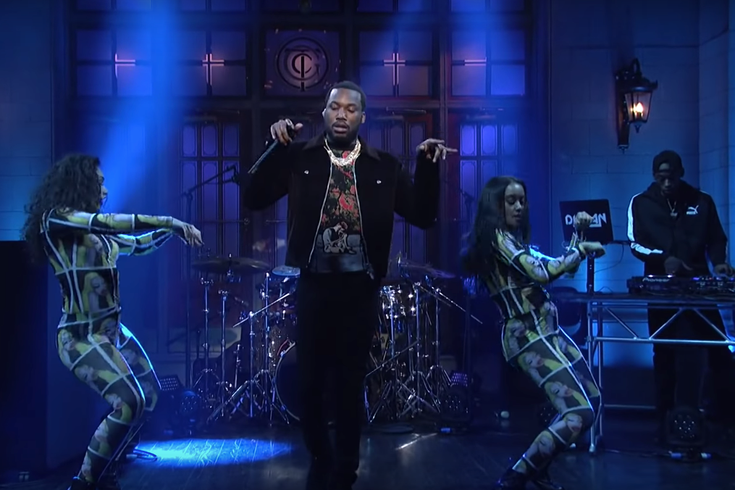 Meek Mill performed some hits off his new album "Championships" during his Jan. 27 performance on "Saturday Night Live."

Still riding the success of his newly-released album "Championships," Meek Mill gave a couple of solid performances during "Saturday Night Live" on Jan. 27.

Meek made his 30 Rock debute alongside host James McAvoy's first appearance on the show, too.

RELATED: Steve Martin came back to 'SNL' as Roger Stone in this week's cold open

He started out the night with a medley of "Going Bad/Upside" from his album which hit No. 1 on Billboard's top 200 when it dropped Dec. 15. "Going Bad" spent seven weeks on the charts and peaked at No. 6 right after it was released.

Fabolous joined the Philly rapper on stage for "Uptown Vibes" and then he finished out the night with a soulful and stripped-down performance of the title track, "Championships."

And to top it all off, he gave a special wink to all of us at the end of the performance.

"We got Philly in the building!" he said.