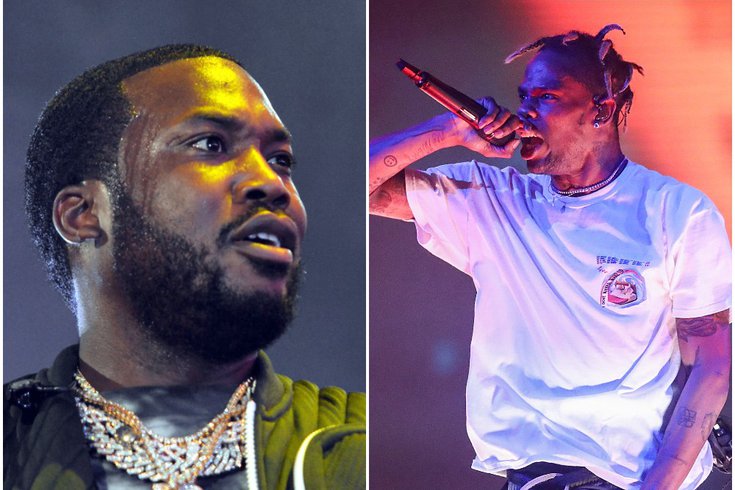 An argument between rappers Meek Mill and Travis Scott cut short a Fourth of July party in the Hamptons hosted by 76ers co-owner Michael Rubin, according to multiple reports.

The Philadelphia-born Mill can be heard shouting in a short video from the party that surfaced on Twitter, although neither he nor Scott is seen clearly in the clip because it was recorded at a distance and there is a group of people gathered around them.

Meek Mill and Travis Scott allegedly ‘got into it’ this weekend at a July 4th bash… pic.twitter.com/m3q6Srx1T4

The argument allegedly happened around 1:30 a.m. and "effectively" ended Rubin’s "White Party," according to a report from Page Six. It’s unclear what set off the altercation, but Mill and Scott were reportedly separated before it escalated.

"We’re told Mill in particular was thrown into a rage by the confrontation, and could be heard yelling at (Scott) even after he’d been walked away from the scene," Oli Coleman wrote for Page Six.

Mill and the Houston-born Scott don’t appear to have any past beef. In 2018, the "Dreams and Nightmares" rapper responded to Scott’s decision to perform with Maroon 5 at the 2019 Super Bowl by asking "For what????" on Twitter.

"He don’t need that he on fire already!" Mill later explained, adding "And don’t get it twisted I f*** wit Travis too!"

The shouting match with Scott wasn’t Mill’s first high-profile altercation of the year. Video posted to social media in February shows the Philly native and New York rapper Tekashi 6ix9ine nearly come to blows in the parking lot of an Atlanta nightclub. Mill also had a back-and-forth feud with Drake, but the two resolved their issues and have collaborated on tracks since.

Mill, who was born Robert Rihmeek Williams and honed his rhyming skills as a battle rapper in North Philly, has a longstanding friendship with Rubin. The Fanatics executive chairman helped push for Mill’s release from prison in 2018, and together they founded the REFORM Alliance, which focuses on improving the country’s criminal justice system.

Rubin posted a photo to his Instagram page of him posing with Mill, fellow rappers Jay-Z and Yo Gotti and Kraft, the New England Patriots’ owner who reportedly visited Mill while he was incarcerated.

The 76ers co-owner purchased the Hamptons mansion for $50 million in January, according to a report from TheRealDeal.com.