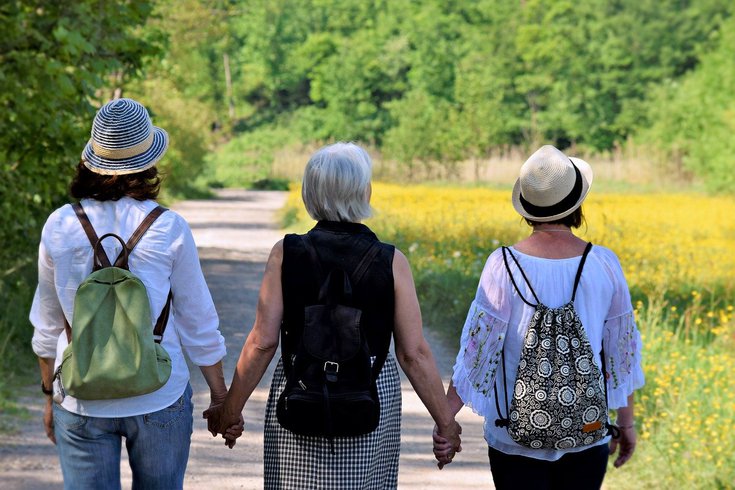 Most women naturally go through menopause in their early 50s, but women with premature ovarian insufficiency can experience it before they turn 40.

Women who begin menopause before age 40 experience more prevalent and severe symptoms than those who enter menopause in their 50s, the time period when the transition typically begins, new research suggests.

The researchers based their findings on a study of 300 Chinese women published in Menopause, the journal of The North American Menopause Society. They recommended health care providers address these severe symptoms and identify ways to offer relief.

"It is important to note that regardless of the prevalence or severity of symptoms, women with premature ovarian insufficiency should receive hormone therapy at least until the average age of menopause unless there are contraindications to its use in order to mitigate potential long-term adverse health effects, including fractures, heart disease, cognitive impairment and early mortality – in addition to mood disturbances and sexual dysfunction," said Stephanie Faubion, medical director of the North American Menopause Society.

The condition leads to early menopause, defined as menopause before the age 45. About 5% of women go through early menopause naturally, but it also can be triggered by smoking, certain medicines and treatments.

Most women naturally go through menopause — the stage in life when they no longer can become pregnant — in their early 50s.

A woman isn't considered in menopause until she has not experienced any menstrual bleeding, even spotting, for 12 consecutive months and can no longer become pregnant, experts explain.

The process is a gradual transition. Women usually first notice irregular periods that may be lighter or heavier than usual or of varying duration. They also may have some months without any menstrual bleeding.

This occurs because the ovaries are no longer consistently producing the same levels of the hormones estrogen and progesterone.

The start of symptoms, referred to as perimenopause, typically begins in the mid-to-late-40s, and it typically can take almost four years for menstruation to completely stop. Some women can be in perimenopause for as long as 8 years.

Certain lifestyles changes and medications can help reduce the severity of symptoms. Experts recommend women stop smoking, limit caffeine intake, maintain a healthy diet and exercise. They also are encouraged to make sure they get enough vitamin D and calcium to reduce the risk of cardiovascular disease and osteoporosis.

Estrogen therapy also can help, but there has been conflicting data on its safety and effectiveness. Women should talk their gynecologists about the best strategies for them.