Chefs across the U.S. are asked to reinvent classic foods from their cities, like the cheesesteak 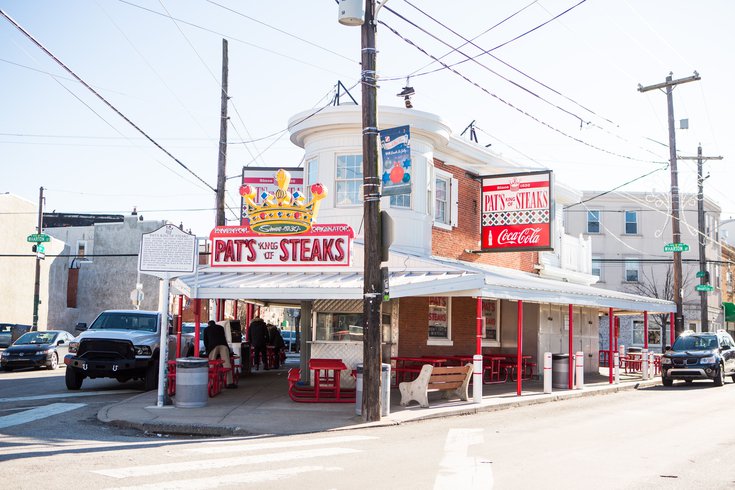 Well-known chefs are pairing with iconic restaurants for a new takeout series this fall created by Resy. Michael Solomonov of Zahav is working with Pat's King of Steaks in South Philly to reinvent the cheesesteak.

Restaurant reservation company Resy is teaming up with well-known chefs for a new takeout series – and Philly's Michael Solomonov of Zahav is one of them.

The chefs will take over their choice of restaurant or eatery in their city for one weekend, and reinvent a classic of the establishment. Resy describes the places as "storied spots beloved by locals and visitors alike that embody that city’s culinary history and culture."

In Philly, that translates to Pat's King of Steaks in South Philly, which was founded in 1930 and is one of the city's better-known places to get a cheesesteak.

"From my countless visits, I’ve become friends with Frankie Olivieri, the third-generation owner of Pat’s," Solomonov said. "We have to respect businesses like his that almost a century later, still stand at their original location."

Solomonov will take over Pat's from Friday, Oct. 16, through Sunday, Oct. 18. His classic cheesesteak remix package will be available to purchase for $25 through Resy for pickup. As a bonus, some diners may find a Resy Golden Check in their takeout bag. It's a $100 value for use at Solomonov's restaurants.

In order to get the Solomonov x Pat's goodies, you'll need a ticket. They'll go on sale at 10 a.m. Tuesday, Sept. 22 for American Express Card Members and at 10 a.m. on Thursday, Sept. 24 for the general public.