The Temple graduate was killed in January 2021 while out walking his dog; Josephus Davis, 21, was sentenced on Friday 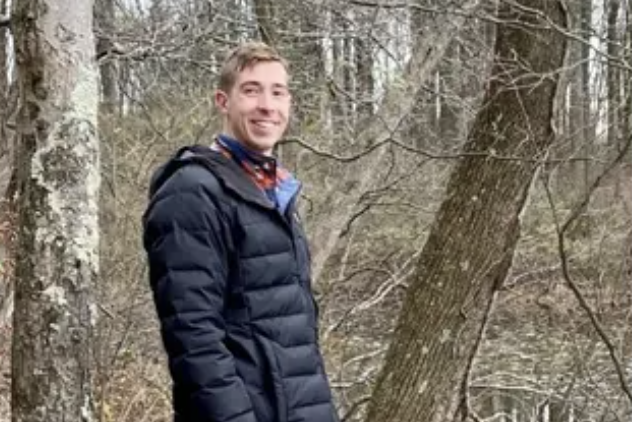 Milan Loncar, 25, was robbed and killed on Jan. 13, 2021 while he was walking his dog nearby his home in Brewerytown. Josephus Davis, who was found guilty of second-degree murder in June, has been sentenced to life in prison.

The man convicted of fatally shooting 25-year-old Temple University graduate Milan Loncar as he walked his dog in Brewerytown will spend the rest of his life in prison, a Common Pleas Court judge decided at a sentencing hearing on Friday.

The wrenching case became a stark example of Philadelphia's gun violence epidemic when Loncar was shot nearby his home on Jan. 13, 2021. Shortly before 7 p.m., Loncar was approached by two men near 31st and Jefferson streets. The men rummaged through Loncar's pockets and then one of them shot him in the chest, police determined from surveillance video.

Loncar called for help before dropping his phone on the ground as his dog remained by his side. Police found Loncar lying on the sidewalk and took him to Temple University Hospital, where he later died.

Josephus Davis, 21, was arrested about 90 minutes later during a patrol stop in Kensington for a stolen vehicle that he was driving with four other people inside. Davis attempted to flee, but was detained by police. Body-worn camera footage from the encounter showed Davis wearing the same belt, shoes and other clothing that were shown in the video from Loncar's shooting, prosecutors said.

Authorities also found gunpowder residue on one of Davis' jackets. His accomplice in the shooting still has not been identified.

A jury found Davis guilty of second-degree murder in June, but his sentencing hearing was delayed.

Judge Barbara A. McDermott sentenced Davis to life in prison without the possibility of parole, the mandatory minimum for second-degree murder in Pennsylvania.

He posted $20,000 bail on charges of motor vehicle theft and kidnapping, plus another $12,000 on charges that included aggravated assault on a prison guard. Those totals were reduced from $100,000 and $200,000, respectively.

Davis had been arrested five times between January 2019 and the night Loncar was killed. He was charged in February 2020 with kidnapping for ransom, robbery and car theft, and spent most of 2020 behind bars. He was on probation for robbery at the time of Loncar's death.

Philadelphia District Attorney Larry Krasner said after the shooting that Davis' bail had been lowered over the objections of prosecutors.

"So we are clear, the District Attorney's Office does not set bail," said Krasner, whose office has often been criticized for repeat offenders being granted bail. "The judiciary sets bail, after hearing arguments from the prosecution and the defense."

During Friday's hearing, Davis' mother said her son had a traumatic, unstable childhood and had been exposed to violence at a young age, the Inquirer reported. Davis maintained his innocence.

Loncar graduated with an engineering degree from Temple University in December 2019 and worked for the construction firm Whiting-Turner. He was originally from Wayne and attended Conestoga High School in Berwyn, Chester County.