There are several types of miscarriage, but none are talked about enough

One in four pregnancies end in loss of the baby, but we are not alone. It’s time to elevate the conversation 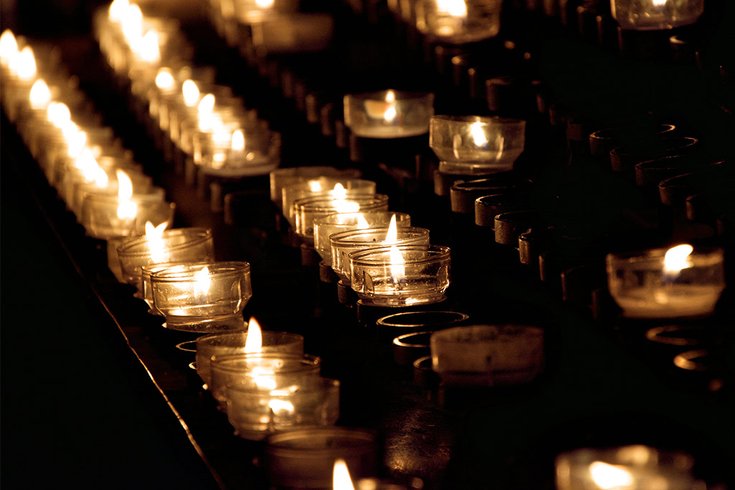 Thirty years ago this month, President Ronald Reagan designated October as National Pregnancy and Infant Loss Awareness Month in order to shine a light on mothers in the United States who have lost a baby through miscarriage, ectopic pregnancy, molar pregnancy, stillbirth, SIDS, birth defects and infant loss.

On Monday, I shared my story in an effort to bring attention to the one in four pregnancies that are lost through miscarriage. Today, I am providing more information about this kind of pregnancy loss. If you have experienced a miscarriage, you are already too familiar with much of this but in writing this column I hope to elevate an important conversation about women’s health that affects so many families.

According to the Mayo Clinic, miscarriage is the spontaneous loss of a pregnancy before the 20th week. Most miscarriages occur before 12 weeks, or near the end of the first trimester. Late miscarriages, happening in the second trimester prior to 20 weeks, are much less common, occurring in 1 in 1,000 pregnancies. Though most miscarriages cannot be prevented, there are steps that expecting women can do to influence a healthy pregnancy and several risk factors associated with them.

Signs of a miscarriage include vaginal spotting or bleeding, pain or cramping in your abdomen or lower back, absence of pregnancy symptoms you were previously experiencing and/or fluid or tissue passing from your vagina. After a woman has a miscarriage, sometimes her body will empty the uterus naturally and other times medical intervention – like a pill or surgical procedure – is required. There are a few different causes and types of miscarriages.

A blighted ovum is when a fertilized egg does not develop into an embryo. Sperm fertilizes an egg, which attaches to the uterine wall; cells develop into a gestational sac but the embryo does not develop. This is the cause of about half of all first trimester miscarriages and is usually the result of chromosomal problems.

There is no way to prevent a blighted ovum; it is nature’s way of ending a pregnancy that will not go full term. Doctors can diagnose a blighted ovum, also known as an anembryonic pregnancy, via ultrasound if a woman has not already passed the empty gestational sac.

Just like a blighted ovum, there is nothing a woman can do to prevent a chemical pregnancy; it is the body’s way of ending a pregnancy because the fetus is not developing normally .

Vanishing twin syndrome occurs when a twin or multiple disappears in the uterus during pregnancy as a result of a miscarriage. The fetal tissue of the miscarried fetus is absorbed by the other baby. This occurs in as many as 30 percent of all multifetal pregnancies. Sometimes when a woman is carrying multiples, she will miscarry and pass one of the fetuses vaginally. In most cases, the cause of this is unknown but analysis of the placenta or fetal tissue frequently reveals chromosomal abnormalities in the miscarried baby. The surviving twin or multiples and mother are usually healthy and have no further complications.

Though not technically considered a miscarriage, ectopic pregnancy is a pregnancy loss. This occurs when the embryo implants in the wrong place, usually the fallopian tube instead of the uterus. Also known as a tubal pregnancy, it accounts for about two percent of all pregnancies. The bleeding and cramping that result from an ectopic pregnancy are similar to the usual signs of miscarriage but an ectopic pregnancy can lead to greater complications, including life-threatening internal bleeding so it requires prompt medical attention. If you experience heavy bleeding with or without abdominal pain either following a positive pregnancy test or at a time of the month that isn’t when you usually get your period, call your doctor right away.

Some of the risk factors that can increase the likelihood of an ectopic pregnancy include endometriosis, pelvic inflammatory disease, conception while using certain kinds of birth control, having a sexually transmitted disease like chlamydia or gonorrhea and smoking. There is no way to preserve an ectopic pregnancy but many women who experience this go on to have healthy, full-term pregnancies.

A molar pregnancy is when the tissue that is supposed to be the placenta overgrows into a mass of cysts, either with or without an accompanying embryo. These pregnancies are identified within weeks of conception and always end in miscarriage. The occurrence of molar pregnancies is very rare, about 1 in every 1,000 pregnancies. Women who are older than 35 and younger than 20 years old are at a slightly increased risk for molar pregnancy, as are those who have had multiple miscarriages or are from Mexico, Southeast Asia and the Philippines. If you are pregnant and experience any of the signs or symptoms of a molar pregnancy, contact your doctor right away.

As you all know, I am not a physician or healthcare provider. I am simply a woman who has shared her journey in pregnancy, motherhood and, now, miscarriage through this column. The information I have provided in this post is sourced from reputable medical institutions and experts on pregnancy and women’s health. If you are pregnant, or suspect you may be pregnant, the best thing you can do for you and your baby is to seek good, consistent medical care throughout your pregnancy. If you are experiencing any of the signs and symptoms of a miscarriage, call your doctor right away.

So, yes, one in four pregnancies end in miscarriage, but it remains a taboo topic that many of us do not feel comfortable talking about. I know that I didn’t for a long time. Having a miscarriage can feel like a lonely, isolating experience but we are not alone. If you need additional resources and information, or others to connect with and speak to, visit the March of Dimes website, What To Expect When You’re Expecting’s online community forums or send me a DM on Twitter. The American Pregnancy Association has a hotline for those affected by miscarriage if you need someone to talk to: 1-800-672-2296. If you have experienced stillbirth, SIDS , birth defects and infant loss there are a number of great resources and support groups available nationwide.

To all of the mothers out there who have experienced any kind of pregnancy or infant loss, I wish there were words to convey my sympathy. I hope all of you acknowledge your own strength and resilience, are able to heal, have loving support and find the faith to feel positive about the future. My love to you all.

Share your thoughts with me and other parents in the comments section below or Tweet me @ThePhillyVoice and @KathleenEGagnon.