It's taken time to open up about my miscarriage. Many of my closest relatives and friends still do not know 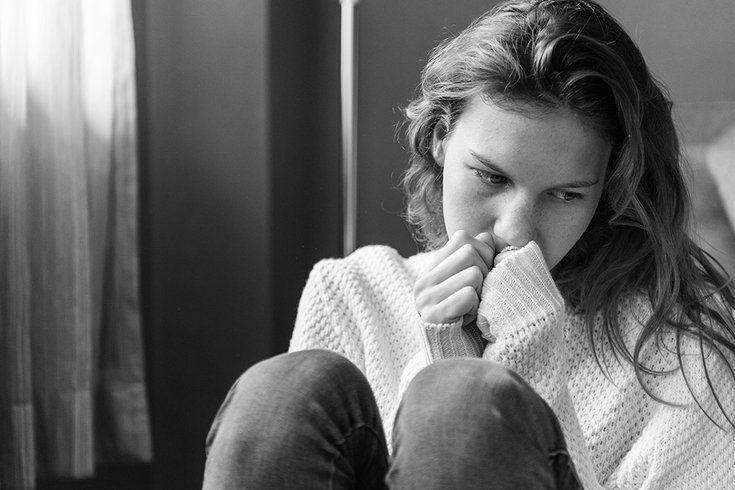 Today is National Pregnancy and Infant Loss Awareness Day. This year, for the first time, this day holds personal significance for me. Yesterday was supposed to be the due date for my second child.

My husband and I were overjoyed when I found out I was expecting again. We were waiting for the second trimester before posting it on Facebook but I was telling pretty much everyone I came into contact with that I was pregnant. We were deciding on names. I bought new maternity clothes. I re-read "What to Expect When You’re Expecting."

PART TWO
There are several types of miscarriage, but none are talked about enough

I could not get in for the first ultrasound until I was 11 weeks because of a long scheduling wait at my doctor’s office and when I finally had the appointment it was a family affair. My husband sat next to me, holding our son on his lap. Even though he was only 18 months at the time and didn’t understand, we had been telling Killian that he was going to see his little brother or sister for the first time that day. No part of me thought we were going to receive bad news.

When the doctor explained that there was no baby in the gestational sack, I felt stunned. Shocked. Numb. It took a minute to process, propped up on my elbows, staring at the ultrasound screen. No baby? I had a miscarriage? I lost it. I remember feeling my husband’s arms around me, saying, “Katie, look at me. Look at me.” I was sobbing into my hands and I couldn’t stop. I finally looked up to Ryan and Killian and saw mirror images of concern. Because of my husband’s soothing and my son’s distraught face, I pulled it together. This moment was bad enough; I wasn’t going to scare Killian. He needed to see that his Mama was OK. I pulled him into my arms and told him I was fine, not to worry, everything would be alright. I was trying to believe it myself.

People ask me all the time, “Are you planning to have more children?” Or simply say, “You need to give Killian a sibling!” These are innocuous statements. They don’t know how much it hurts. But in the first few months after the loss, it was a tough question to field. My standard reply continues to be an upbeat, “We are working on it!” with a wink and a nod. There are a few people with whom I have been candidly honest. But as the months have gone by, I have started to share more. Through telling my story to others, I have learned that most of the women I know have had a miscarriage. It is just not something we talk about. Why is that?

And slowly the wound began to close. Eventually, talking about it helped. It helped a lot. But it took a while to get here.

At first, it was hard for me to say it out loud. My mother told my sisters and father because I couldn’t. I sent a text to three of my closest friends. I did not realize early on that I was going through a grieving process and the very beginning of my journey involved being very quiet. I took to my yoga mat, sobbing silently during savasana. I held my baby boy tight, feeling so grateful for him. I had nightmares in which I couldn’t find Killian or something bad happened to him. I read novels for distraction and took long walks on the beach. I pushed myself hard in the gym and enjoyed feeling my strength. And then felt sad because I was no longer modifying my exercises to accommodate pregnancy.

I did not fully understand the weight of what my body was going through both physically and mentally. I was determined to soldier through it. To be strong for my son. I chose to be happy. And I was, spending each day with my toddler, enjoying all the best this beautiful life has to offer with my husband. But I was also sad, keeping this quiet little secret that sometimes felt like an open wound. The bandages piled on top.

I put one foot in front of the other. I leaned on my family. Spending every day with Killian truly is a joy. My husband is my rock; my parents, the North Star. And slowly the wound began to close. Eventually, talking about it helped. It helped a lot. But it took a while to get here.

'WE ARE NOT ALONE'

Last summer my husband and I were at a wedding and I was chatting with another guest about her two gorgeous daughters when she asked that familiar question, “Are you guys going to have more kids?” For the first time I answered honestly. I told her that we really want to have another baby and I recently had a miscarriage. I said how shocked I was at the time, though I later found out how common it is. Why didn’t I know before that one in four pregnancies end in miscarriage? So many women have gone through this but no one really talks about it.

She kindly pointed out that, as a columnist for a news outlet, I have a platform to talk about things that I and other women have experienced. What she said stuck with me but it still took me a while to feel comfortable opening up here. Many of my closest relatives and friends still do not know that I had a miscarriage. They were the ones that I had not yet called to tell I was pregnant for the second time and afterwards I didn’t really feel like going out of my way to fill them in. It is no indication of my trust in or love for them; it was just too painful.

It still is painful. I will always feel the loss. But I have come through the other side of my grief. I truly believe that everything happens for a reason, as cliché as that is, and my second pregnancy was simply not meant to go full term. It has been a process that I pushed myself through, not always gracefully, but I am proud and empowered by my strength. Through my journey I dealt with sadness from the loss and tried to quiet the anxiety about becoming pregnant again, but I never lost sight of how lucky I am, mainly for my son and husband. I cannot imagine going through this without their love. Killian especially has bolstered me tremendously. I am incredibly grateful to be a mother, to have a child. If he is my only one, I will still be the luckiest Mama in the world. But I have faith that one day, some way, we will be a family of four.

A DAY OF AWARENESS

National Pregnancy and Infant Loss Awareness Month was designated by President Ronald Reagan in 1988. He said at the time:

"When a child loses his parent, they are called an orphan. When a spouse loses her or his partner, they are called a widow or widower. When parents lose their child, there isn’t a word to describe them. This month recognizes the loss so many parents experience across the United States and around the world.”

In 2002, October 15th was designated as the day to bring awareness to the mothers in the United States who have lost a baby through miscarriage, ectopic pregnancy, molar pregnancy, stillbirth, SIDS, birth defects and infant loss.

Tomorrow in the second part of this series, I will share information, statistics, support groups and resources about miscarriages in an effort to join an important conversation about women’s health that is gaining more prominence in the public domain.

Miscarriage is something that so many of us have gone through yet it can still feel really isolating. But we are not alone. If you feel you are, if you need someone to talk to, reach out to a loved one, visit the March of Dimes website, the "What To Expect When You’re Expecting" online community forums or send me a DM on Twitter.

Share your thoughts with me and other parents in the comments section below or Tweet me @ThePhillyVoice and @KathleenEGagnon.