Announcing a pregnancy – to tell or not to tell?

Deciding when to announce your pregnancy amid miscarriage fears 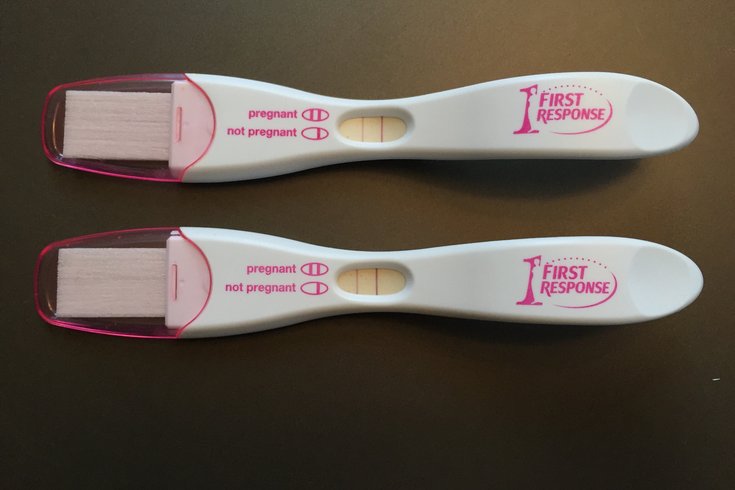 Katie's husband is thoroughly grossed out that she kept her positive pregnancy tests, but she just couldn't bear to throw them away.

The day that I took the positive pregnancy tests, I called my parents to tell them the news. My Mom burst into happy tears and my Dad exploded with joyous laughter. It was a really special moment. I asked my parents not to tell my sisters yet, saying I wanted to confirm with my doctor first. Of course I called Colleen and Kerry about 10 minutes later. I was bursting with excitement!

Every woman’s pregnancy is different and everyone has the right to decide the right timing for making their big announcement.

After my OB/GYN in Philadelphia verified my pregnancy, I asked her for advice on when to make the big announcement. She confirmed that timing for telling is one’s personal preference, but explained that miscarriage is very common and many women wait until the first few months have successfully passed to share the news.

The Mayo Clinic estimates that ten to twenty percent of women miscarry. I know many women who have experienced this, and was worried that it would happen to me. I shared my concern with my husband, who has supported me and alleviated my fears throughout my pregnancy. I tried to tell myself to let go of my anxiety, focusing instead on the joy of expecting. Despite my concerns, I really wanted to shout my pregnancy from the rooftops. After discussing with my husband, we decided to keep my pregnancy quiet until I hit 14 weeks.

There was one weekend in January when I worried the secret would come out despite my best intentions. The Academy of Music 159th Anniversary Concert and Ball was two weeks after I found out I was pregnant and as the Co-Chairman of Young Friends last year, I would see dozens of friends and acquaintances at the gala. Many would speculate that I was pregnant if I wasn’t drinking, as my love for vodka is no secret. My in-laws didn’t yet know we were having a baby, and I didn’t want the patrons of The Academy of Music to find out before them. So as the date approached, I strategized how I could pretend to drink. My game plan consisted of club soda in a short glass with a lime, and ginger ale in a champagne flute. My worries were all for naught because Mother Nature intervened and a blizzard cancelled the ball. 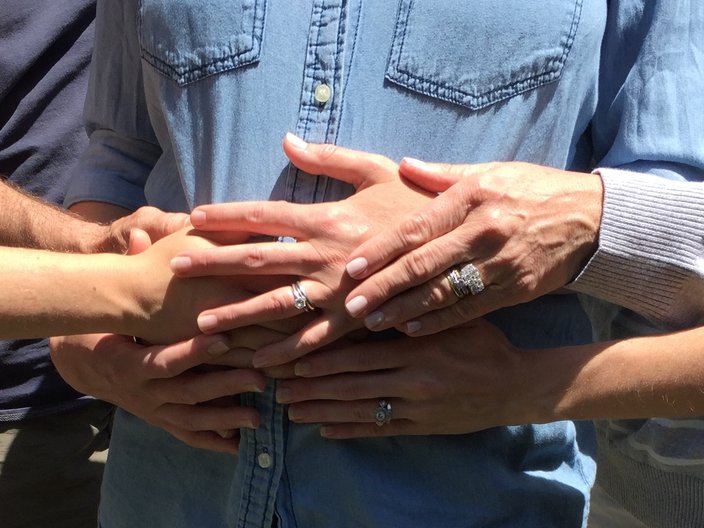 Katie told her parents and sisters that she was expecting on the day she took the positive pregnancy tests.

For three long months it was really hard to keep our happy news a secret. I resorted to telling strangers, like salespeople and waiters, just to satiate my big mouth. We decided to tell a few family members and close friends, who we knew would keep our secret before it was public. We were too excited to keep it completely to ourselves and knew these people would be the ones we turned to for support if I miscarried or something went wrong with the pregnancy.


Each week that brought us closer to the second trimester was cause for celebration. In my 12th week, we opted for genetic testing through a Panorama® Prenatal Screen blood test. Once we received those good results, and passed the 14 week mark, I breathed a huge sigh of relief. I was so incredibly grateful that our baby was healthy and my pregnancy was going well. Finally the time came to make the big announcement. It was so exciting to make the phone calls we had been waiting for, and the response we received was overwhelming: there was instant love for our baby and so much happiness for us.

If you’re unsure as to when to make your pregnancy announcement, as I was, I recommend talking to your OB/GYN. If you have a partner, I also recommend that you make a mutual decision about when to tell people so you’re on the same page. Some women tell people right away, some wait until they are well into their second trimester. Some women can’t wait to announce; some have trepidations. Every woman’s pregnancy is different and everyone has the right to decide the right timing for making their big announcement.