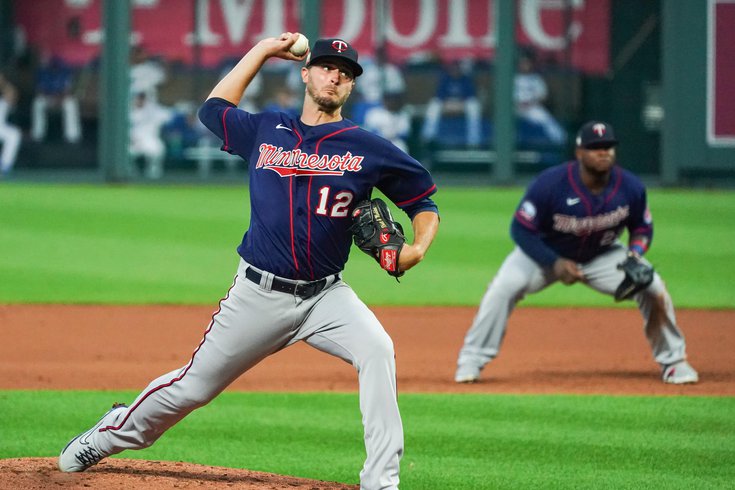 The Phillies may be preparing for their first spring training game in Clearwater, but according to the latest report from MLB insider Jon Heyman, Dave Dombrowski and Co. might not be done upgrading the roster as they look to make the playoffs for the first time since 2011.

The Phillies' two biggest moves so far this offseason have been re-signing J.T. Realmuto and Didi Gregorius to multi-year deals. Those are followed closely behind by the signing of Archie Bradley, along with several other moves in that area, to try to fix a bullpen that was historically the worst major league baseball has ever seen. They've also brought in some starting pitching depth to compete for the final two spots in the rotation behind the top trio of Aaron Nola, Zack Wheeler and Zach Eflin.

Now, according to Heyman, the Phillies could be looking to bring in an established starter to snatch up one of those final two openings, one who would likely supplant Eflin as the No. 3 starter in the rotation: free agent righty Jake Odorizzi.

Much of the speculation surrounding the 30-year-old starter recently has been linking him to the Angels, but according to Heyman's latest appearance on MLB Network, they may no longer be the front-runners.

"I'm not sure they're the leading candidate; they clearly are in the picture. The Angels have been interested in Odorizzi throughout this winter, they're still in there," Heyman said. "They've added Cobb, they've added Quintana, but obviously with that great offense, to give themselves a chance to win, they'll probably need to bulk up the rotation a little bit. They're clearly in there."

But there's a new team on the block, the Phillies, who appear to have some serious interest in Odorizzi as they've watched the NL East arms race unfold this winter with several rivals undergoing some serious upgrades. Perhaps Dombrowski — and more importantly John Middleton — are starting to feel the pressure.

"Here's a new team though: the Phillies. I've heard the Phillies are in contact with Odorizzi," Heyman continued. "Now obviously they've got Dave Dombrowski. He's done a great job already, and you get Dave Dombrowski, you're playing to win. So they are clearly playing to win. Obviously they brought back [J.T.] Realmuto, they brought back Didi [Gregorius], and they've added some pretty good relievers, which is where they needed it. Obviously they've got [Brandon] Kintzler, they've got [Tony] Watson, the bullpen looks better. And my understanding now is that they are in touch with Jake Odorizzi and that is a possibility.

"The other team that I've heard potentially is his hometown Cardinals. We shall see, but I do think the Phillies are a possibility at this point."

Well that's certainly something, especially coming from a team who many thought were done making any major moves after outspending almost every other team in baseball this offseason. In fact, most didn't think the Phillies would come anywhere near this big off an offseason after management warned of a potentially quiet winter following a season of lost revenue.

Then the Phillies brought in Dombrowski, and things changed. Even Bryce Harper noticed it.

Like you, Bryce Harper had his doubts about the direction of the Phillies. "Once Dombrowski came in, finally, it was kind of like a breath of fresh air."

Harper discusses that and more as his third Phillies spring begins: https://t.co/JnaMdY0Okz

Now, it appears Dombrowski is considering spending yet again, as acquiring Odorizzi, despite an injury-plagued 2020 campaign, would likely cost the Phillies a pretty penny. MLB Trade Rumors, which has him ranked as the 11th best free agent on the market this offseason, project a three-year, $39 million deal for Odorizzi.

While that number was set at the beginning of free agency and there appear to be fewer suitors this late in the game, that doesn't mean it's still not a relatively close prediction. After all, several free agents have signed for more than expected, as the perceived money crunch some teams (like the Phillies) were complaining about didn't seem to stop them from spending top dollar on agents.

Here's more from MLB Trade Rumors on why they think Odorizzi is worth $13 million per year.

Last winter, after a breakout 2019 season, we predicted a three-year deal for Odorizzi.  He may have had a few such offers on the table, but Odorizzi instead chose to accept a qualifying offer from the Twins for a $17.8MM salary.  His 2020 season did not go as planned, as he started the season on the IL for a back injury.  After he made it back for three starts, he was hit in the chest by a batted ball, with the resulting abdomen injury knocking him out for nearly a month.  His lone September start was cut short by a blister, and he didn’t wind up pitching again.  So it was a lost season of only 13 2/3 innings for Odorizzi.

Re-entering the market during a pandemic is not ideal, but Odorizzi does benefit from the lack of a qualifying offer and a weak free agent market for starting pitching.  He’s shown the ability to miss bats, and averaged 30 starts per year over a six-year period.  Odorizzi still has never gone on the IL for an arm injury, and he maintained his 2019 velocity uptick in this year’s limited sample of work.  A multiyear deal should be there for him, with a similar market to Tanaka.  [mlbtraderumors.com]

If the Phillies were to give Odorizzi that $13 million per year, that would send them into luxury tax territory, a place they've tried to avoid in recent years, but appear to be willing to cross it this year, if only by a little bit. Based on various other outlets' projections, they currently sit somewhere between $198 million and $201 million in committed payroll with a luxury tax threshold of $210 million.

Of course, that payroll number could rise later in the season if the team tries to add any other players ahead of the trade deadline, which is definitely a possibility with the Phillies going all-in this offseason. (They could also shed some payroll by trying to trade away some of the starting pitching depth they just brought in — even getting rid of a $3 million deal could be the difference between crossing the tax threshold and not.)

Despite the expected cost and what that would mean for the payroll — and the luxury tax — the Phillies appear to be interested in acquiring Odorizzi. Prior to a rough 2020, Odorizzi was an All-Star in 2019, going 15-7 with a 3.51 ERA and a career-best 10.1 strikeouts per nine. For his career, Odorizzi has a 3.92 ERA and 1.240 WHIP in 192 starts over nine seasons with the Royals, Rays and Twins.