If the Phils miss the postseason again after spending big in free agency, the manager could end up being the fall guy 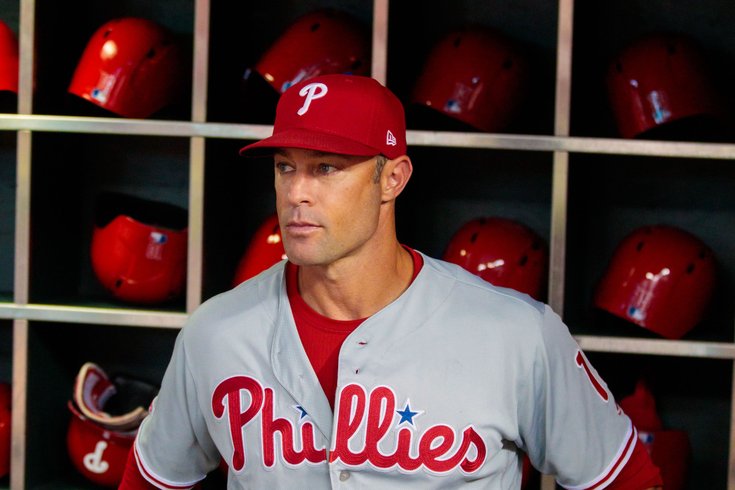 Gabe Kapler's record as manager of the Phillies through nearly two full seasons is 156-152. He's never managed the team during a playoff game, and if things don't change in the next two weeks, it's possible he never will.

That's the message from Major League Baseball insider Ken Rosenthal, who wrote in a column for The Athletic on Friday that Kapler's job security could be in lock-step with the Phillies' postseason hopes:

"How angry will Phillies owner John Middleton be if the team misses the postseason after spending $572 million on free agents the past two offseasons?

"Angry enough to order the dismissal of manager Gabe Kapler, who has another year left on his contract, when Maddon et al. might be available? Perhaps.

"Angry enough to also dismiss GM Matt Klentak, whose contract Middleton extended prior to the season through 2022? Probably not.

"Kapler is not to blame for the front office overestimating the Phillies’ rotation or the injuries that wiped out the team’s bullpen. But as he completes his second season, he continues to make head-scratching moves and remarks – and too often, draws attention for the wrong things."

Earlier this week, in another column about the Phillies, Rosenthal again mentioned that Kapler's future "is not secure", especially if the team misses the postseason.

These two reports, from one of baseball's best-sourced reporters, stand at odds with what USA Today's Bob Nightengale said early last month, when the Phillies had 49 games to play and the team was still outside the postseason picture.

Nightengale wrote that the "prevailing belief among Phillies executives is that Kapler's job is safe". Now, it seems, those winds may have changed.

The Phillies, as of Friday, are two games out of the second Wild Card spot, behind both the Brewers and the Cubs. They're on pace to win more than their 80 games from last season, which would represent technical growth under Kapler's watch.

But if they can't close the ground, this would mark the second straight year the Phillies surrendered first place in the NL East and watched as their playoff hopes withered in September.

It would certainly be hard to blame Middleton for closing the book on the Kapler experiment and trying to move in a new direction, but it's also not hard to say Kapler deserves another go-round with this current roster, especially in the face of the injuries the Phillies have suffered this season.

In the end, only one man knows what will tip the decision one way or the other, and it sounds like he has his eyes fixed firmly on the postseason.