Phillies need a bonafide, reliable closer — where can they get one? 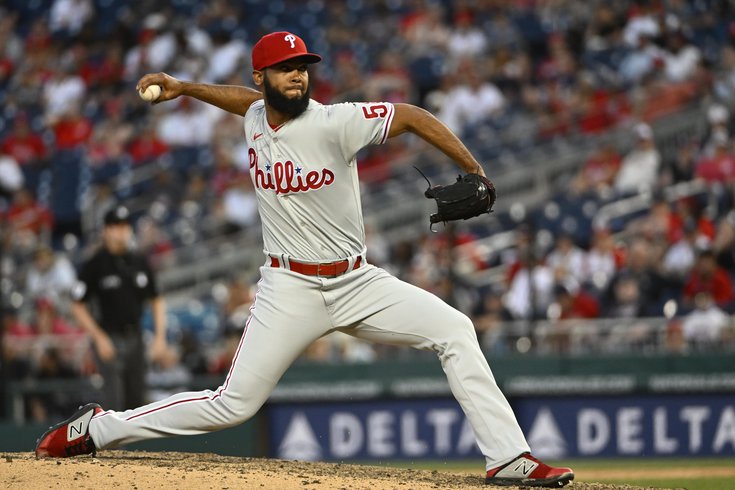 The surging Phillies have had one fairly consistent weakness this season as they've turned what looked like a complete waste of a summer just three weeks ago into what might be a playoff push.

The bullpen, mainly the late innings of ballgames, has been the Achilles' heel of a ball club that boasts solid starting pitching and some of the best hitting in baseball.

That is a lot of walks, and a lot of inherited runners allowed to score.

Corey Knebel is the first and worst offender. He's pitched in the ninth inning 23 times and allowed 14 runs to score. He lost his closing job last week. James Norwood and Andrew Bellatti pitched in the ninth a combined 11 times allowing five runs. Damon Jones and Jeurys Familia have combined for six appearances in the ninth and allowed six combined runs as well. Not all of these were save situations, but they do illustrate the Phillies issues with finding consistency in the most pressure-packed frame in baseball.

The Phillies have a 4.12 ERA this season in the ninth inning and their 32 runs allowed are the second-highest total this season.

Seeing as this is a trend that has continued from season's past, it's abundantly clear if the Phillies want to be competitive and vie for a playoff spot, it needs to end.

With the trade deadline about a month away, closer should be the top item on the shopping list. Here's a look at some options:

We'll start with the most obvious option, and one that fans are likely desperately hoping Rob Thomson turns to at least for the next month. Dominguez has pitched two perfect ninth innings this season so far (it should have been more) and has a 1.73 ERA in 26 innings this season. He has a 4-1 record, mostly because he's not used in save situations and is able to pick up "cheap" wins after the bullpen blows it.

Dominguez needs to have the opportunity to have the closer's role before the trade deadline and he could save the team a lot of hassle — though bringing in another back of the bullpen arm wouldn't be the worst idea in the world regardless.

Bard is 37, but he's been ageless for the Rockies converting 14 of 16 save opportunities for Colorado. He has a 1.98 ERA in 27.1 innings this season and with an expiring contract, might be a relatively cheap deadline acquisition.

He has 13 saves this season and a 2.88 ERA over 25 innings for the Tigers, but he may be a tad more pricy than Bard. Soto is 27 and will be arbitration eligible for the next few seasons, leading to free agency four years from now in 2026. He was an All-Star last year and the Tigers would likely ask for a relatively decent package as he'll have some suitors in July.

Another relatively young ace reliever, Barlow is 26 and has one of the best sliders in baseball right now. He has a 3.09 ERA in Texas right now and is under team control for three seasons.

Bednar's 33.2 innings show he can be durable and pitch often. In that span, he's saved 11 games with a 1.34 ERA. With a lot of of team control ahead, the 27-year-old might get some serious interest at the trade deadline and could be pricy.

According to The Athletic's Jim Bowen, the A's might be willing to part with their new closer for a position-playing prospect. Jimenez has closed out 11 of 13 games this season.

Lopez is wasting a breakout season with lowly Baltimore. In 34.1 innings, he has an ERA of 0.79 and 11 saves. He'll be under team control for two more seasons.

Here's a seasoned veteran who has saved 255 games over a solid career as a reliever. He has 11 of them this season with the non-contending D'backs. He's under contract next year and has a mutual option on 2024, and has an inflated ERA due to two bad outings over 22.1 innings.

He has a 1.55 ERA and eight saves for the Royals right now but has two more years of team control. He'll be moved for the right price later this summer.

We'll finish this esteemed list with a name known in the NL East, Washington's flame-throwing Rainey who has a 3.43 ERA and seven saves for the struggling Nats. He won't be a free agent until 2026 (thanks to some service time manipulation).