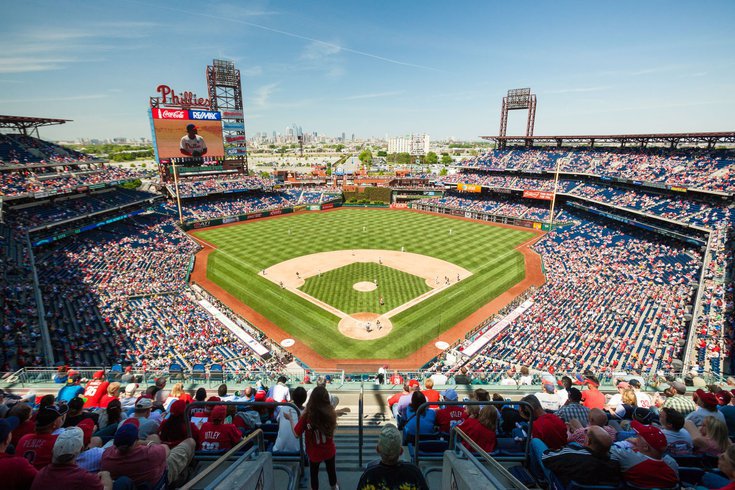 Baseball prospects really serve two purposes. They can be the future stars (or depth pieces) for a big league club — or they can be trade chips to help team bringing veterans to help win now.

The Phillies are a franchise that really needs both, badly, but their recent success — winning 10 of their last 11 — certainly has fans and likely front office employees thinking more about assets to move at the trade deadline to help the Phils get over the top to end their awful 10 year playoff draught.

As we do from time to time during the season, here's a check in with some the top 20 prospects in the farm system and a peak at who is hot, and who is not as June heats up:

Abel has won three of his last four decisions and has tossed at least five frames in each. He was a first round pick two years ago and is starting to pitch extremely well for Jersey Shore, striking out 57 with just 17 walks this season. He's also retired batters at a .238 clip. He has the makings of a future innings eater at the top of the rotation (that is, if he pans out).

Rojas is the top Phillies hitting prospect now that Bryson Stott in a big leaguer and he's also an unlikely trade piece, as he also is in Single-A Jersey Shore. He does have six hits over his last three games including a homer he hit Sunday. On the season as a whole, Rojas has struggled, hitting .224 on the year.

Finally, a player who is within reach of the majors. The only issue is, he is totally blocked at catcher by J.T. Realmuto. Is O'Hoppe — who is hitting .287 this year and blasted a homer and four RBI back on June 10, a name to watch for when trade season arrives?

Wilson has a modest three-game hitting streak and has had base knocks in six of his last seven. Wilson, a 22-year-old left-handed hitter, is also in Jersey Shore where he has 17 stolen bases so far.

Miller has not allowed a run since May 22 and has been a very reliable relief (and sometimes game opening) arm this season up in Reading. He has a 1.52 ERA in 23.2 innings.

Simmons has been floating around in Single-A for four seasons now, a former sixth round pick. He has hit .268 over the last 10 games he's played which is relatively hot for him, raising his season average from .224 to .239.

After absolutely dominating in Clearwater, Painter was called up to Jersey Shore where he was roughed up a bit. The big righty gave up half the runs he allowed in nine starts for the Threshers in three innings Sunday, allowing five hits and three runs in his high A-ball debut. It would be surprising if this ultra talented 19-year-old remained on our "not" list for long. He had a 1.40 ERA and 69 strikeouts over his first 38.2 innings this year.

Morales, who has appeared in a few games for the Phillies this season, has not been too effective since being sent back down in May. In his last two appearances, Morales has allowed five runs. On June ninth he allowed four runs without retiring a batter.

Ortiz has been in the Phillies organization a long time and has yet to really break through. At 23, he is in Double-A and has hit .243 over his last 10 games. On the year he is hitting .238. He has just nine homers — well off his pace of 23 (in 95 games) from last year.

In six games so far, last year's third round pick has hit .174. He is adjusting to being a pro and is just 18.

Martin was the Phils' third rounder 2020, and he is struggling in Jersey Shore with a .189 batting average over 52 games.