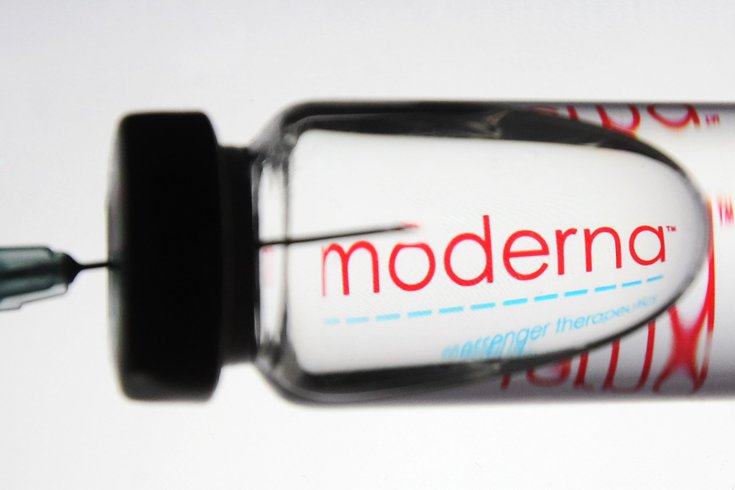 The most common side effects of Moderna's updated vaccine, formulated to combat the beta, delta and omicron coronavirus variants, were injection site pain and muscle pain, fatigue and headache.

Moderna's redesigned version of the company's COVID-19 vaccine generated stronger immune response against variants of the coronavirus than its current vaccine, a company official said Tuesday.

Initial clinical data showed that participants who received a 50-microgram dose of the new vaccine produced more antibodies against the beta, delta and omicron variants one month after their shots compared to those received booster doses of the original vaccine. Those stronger immune responses continued after six months for the beta and omicron variants.

The redesigned version of Moderna's COVID-19 vaccine now targets nine mutations found in the beta variant of SARS-CoV-2 – four of which are also found in the omicron variant.

While the updated shot also increased antibodies for the delta variant after one month, during a longer time period, it was not better at preventing infection than a dose of the original vaccine, the company said.

Data from the trial also showed the vaccine candidate had no serious side effects and that short-term reactions were comparable to a 50-microgram booster dose of Moderna's original COVID-19 vaccine. The most common side effects were injection site pain and muscle pain, fatigue and headache.

The study included 895 participants who received either a 50-microgram or 100-microgram booster dose of the updated vaccine.

The redesigned vaccine is bivalent, meaning it targets the original strain of the virus and the beta variant. Stéphane Bancel, Moderna's chief executive officer, said the clinical data validates Moderna's bivalent strategy, which the company announced in February 2021.

Moderna also is developing an omicron-specific bivalent vaccine in development that targets 32 mutations found in the variant. More information on that shot are expected later this spring.

"We believe that a bivalent booster vaccine, if authorized, would create a new tool as we continue to respond to emerging variants," Bancel said.

Outside experts are divided on their opinions about the new bivalent vaccine candidate. While some find the results encouraging, others, like John Moore, an immunologist at Weil Cornell Medicine, question the need.

Moore told NPR that he's not sure the benefits "justify the expense and hassle" of a rollout of a new vaccine.

The U.S. Food and Drug Administration's advisory committee has until June to decide if updated COVID-19 shots will be needed before the projected surge in infections this fall. Some members of the committee are not certain that new shots are necessary yet, CNBC reported.

The initial clinical trial data on Moderna's vaccine candidate has not yet been peer-reviewed by outside scientists and the study remains ongoing.

NOTE: Portions of this article were edited and changed after it was originally published.