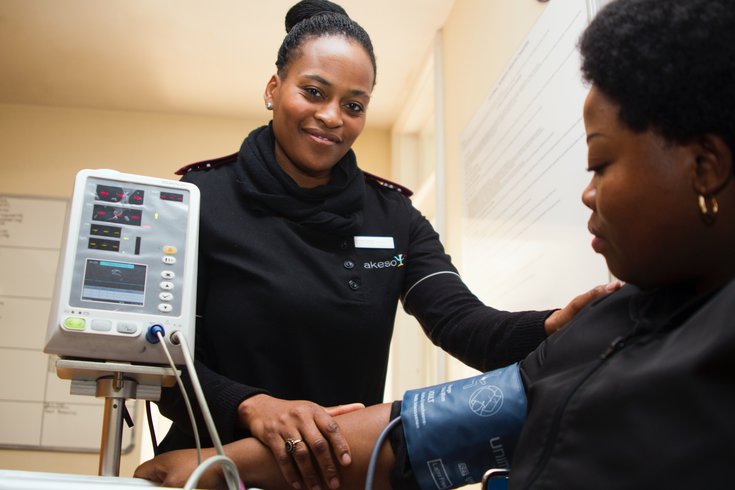 Historically, participants of clinical trials have mostly been white men. Racism, distrust of the health care system, lack of diversity among health care providers and lack of access to proper health care all are factors that contribute to the under-representation of other racial groups.

Clinical trials are designed to determine a drug's safety and effectiveness. Because their findings help determine standards of care in the U.S., equal representation of all people is important.

Historically, participants of clinical trials have mostly been white men. Racism, distrust of the health care system, lack of diversity among health care providers and lack of access to proper health care are factors that contribute to the under-representation of people of color.

Financial challenges, like study-related travel expenses or a lack of health insurance, also contribute to the disparity.

Because these conditions might be disproportionately higher in certain communities, large groups of people are unintentionally prevented from receiving experimental therapies.

The U.S. Food and Drug Administration and drug manufacturers like Pfizer and Genentech have committed to improving representation of racial and ethnic groups in clinical trials, but it is a problem that still persists.

A study published last spring found continued lack of diversity in vaccine trials in the U.S. Between July 2011 and June 2020, 77.9% of the participants in the clinical trials were white people, 10.6% were Black people and 11.6% were Hispanic people.

A study published this week in the Journal of Clinical Oncology brought renewed attention to the racial disparities in cancer drug trials.

The researchers found Black people are less likely to be included in clinical trials of pancreatic cancer drugs than white people. Eligibility criteria was a big reason for the disparity.

"If we don't have good diversity in clinical trials, how will we ever know whether we have certain drugs that work better in some populations than others? We could be throwing away a really good treatment option for racial and ethnic minority patients."

If a drug is tested disproportionately in a certain population, researchers have no way of knowing how the drug may affect other patients not included in the trial in terms of efficacy and potential side effects.

This affects the way a drug is labeled and who has access to it. Lack of access to high quality drugs in turn contributes to the disproportionate burden of diseases in certain communities. Racial disparities have been found in maternal health and conditions such as asthma, breast cancer and many others.

In many of the cases, exclusion occurred because the patients had manageable health conditions such HIV, hepatitis, chronic kidney disease, diabetes, obesity and malnutrition.

Though eligibility criteria is meant to reduce risk and create a similar patient population for a clinical trial, often large groups are unintentionally prevented from receiving experimental therapies.

The researchers proposed that many of these conditions be removed from eligibility criteria for pancreatic cancer trials and that specialists who can help manage other health problems assist with the trials.

"Revising the standard criteria for clinical trial enrollment could have a profound effect on increasing eligibility of underserved populations, reducing disparities in trial participation and creating results that are more reflective of the patients that we serve," Trevino said.