Your personality can affect your risk of cognitive impairment 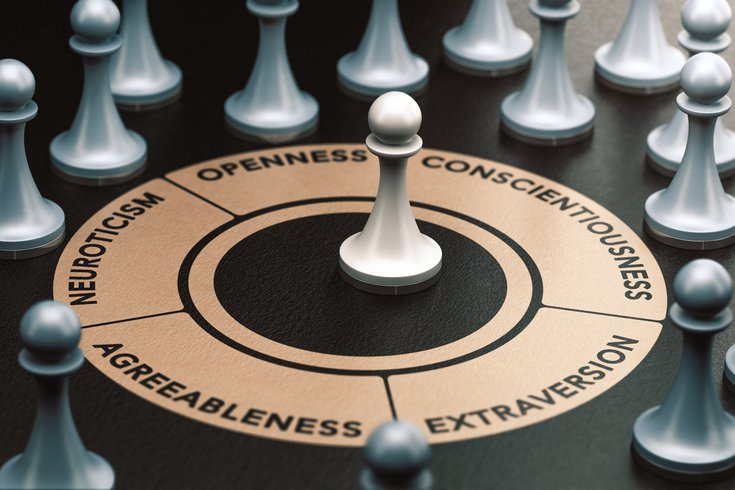 People who are organized and highly self-disciplined are less likely to show declines in cognitive function later in life, while people who are anxious, depressed or emotionally unstable are more likely to suffer cognitive decline, the researchers found.

The study, published by the American Psychological Association, focused on three of the so-called "Big Five" personality traits: conscientiousness, neuroticism and extraversion. The other two are openness to experience and agreeableness, which refers to altruism and the pursuit of interpersonal harmony.

"Personality traits reflect relatively enduring patterns of thinking and behaving, which may cumulatively affect engagement in healthy and unhealthy behaviors and thought patterns across the lifespan," said researcher Tomiko Yoneda, of the University of Victoria, said in a statement.

"The accumulation of lifelong experiences may then contribute to susceptibility of particular diseases or disorders, such as mild cognitive impairment, or contribute to individual differences in the ability to withstand age-related neurological changes."

The study involved nearly 2,000 participants who underwent a personality assessment and annual tests of their cognitive abilities.

People who scored high on conscientiousness or low in neuroticism were significantly less likely to experience mild cognitive impairment over the course of the study.

There was no definitive link between extraversion and mild cognitive impairment, but people who scored high on extraversion alongside a high score in conscientiousness or a low score in neuroticism were more likely to maintain normal cognitive functioning longer than others.

Conscientious people tend to be responsible, organized, hard-working and goal-directed, Yoneda said. People who are neurotic are more likely to suffer anxiety, depression, self-doubt and other negative feelings. They also tend to have more mood swings.

Extroverts draw much of their energy from others. They are more likely to be enthusiastic, gregarious, talkative and assertive, Yoneda said.

Every six points a person scored on a conscientious scale was associated with a 22% reduction in risk of developing mild cognitive impairment, Yoneda said. But every seven points scored on a neuroticism scale was linked to a 12% increased risk.

However, people with high neuroticism are estimated to have at least one less year of healthy cognitive function. This highlights the harms associated with the long-term experience of perceived stress and emotional instability, Yoneda said.

People who score high in extraversion are estimated to maintain normal cognitive function for about a year longer, suggesting cognitive benefits of social interaction.

People who score lower in neuroticism and higher in extraversion also are more likely to regain cognitive function after a diagnosis of mild cognitive impairment, suggesting a protective effect even after progression to dementia.

No association was found between any of the personality traits and total life expectancy.

Scientists have been exploring the connection between personality and cognitive function for many years. One study with similar findings showed low neuroticism and high openness are linked to total cognitive function.

Additionally, researchers at Albert Einstein College of Medicine in New York examined all five personality traits and their association to motoric cognitive risk and mild cognitive impairment, both of which can lead to dementia.

Symptoms of motoric cognitive risk include gait disturbances and memory, speech and decision making problems. It can lead to motor disability, falls and death, as well as dementia.

Another study found neuroticism and conscientiousness were associated with dementia and intermediate markers of cognitive function such as episodic memory, fluency and visuospatial ability.

Exactly how personality impacts brain function is not quite clear, but scientists have found that behaviors associated with certain personality traits can impact brain health.

"Specific traits may increase risk due to a lifetime of behaviors that predispose a person to developing cognitive decline or Alzheimer's disease, or there could be more of a direct biological role related to early disease pathology," Dr. Richard Isaacson, director of the Alzheimer's Prevention Clinic in the Center for Brain Health at Florida Atlantic University, told CNN.

"Neuroticism is specifically one trait that comes to mind, and past meta-analyses have also shown this. Rumination and worry is linked to smaller brain volumes. It's unclear if the stress/neuroinflammation pathway drives this. A biomarker doesn’t really exist for this so it's hard to prove."

Can you alter your personality?

The good news for people who score higher on neuroticism and lower on traits such as conscientiousness and extraversion is that personalities are not permanently fixed. Though personality traits tend to stabilize in mid-life, they are not immutable, psychologists say.

Personalities are about 50% genetic, but environmental influences also play a role, suggesting that some healthy changes are possible. Though some changes occur naturally through maturing and life experiences, it is also possible to make purposeful shifts in personality.

Several studies have found people can meaningfully change their personalities by behaving like the type of person they want to be. For example, students who put more effort into their homework can become more conscientious. One analysis of 207 studies found that a month of therapy can reduce neuroticism by half the amount it would typically decline over a person's life.

Dr. Daniel Levitin, neuroscientist at McGill University, advised people to know the "why" behind any changes they want to make. When people feels passionate about the reason, they are more likely to stick with it.

Mindfulness, therapy or even a role model can help encourage lifestyle shifts that can change personality, Levitin adds. Practicing gratitude also can alter brain chemistry to more positive emotions by increasing dopamine production. Dopamine is a "feel-good" chemical that connects feelings of pleasure to certain behaviors.