17 (unofficial) inches of snow on the ground at Jersey Shore 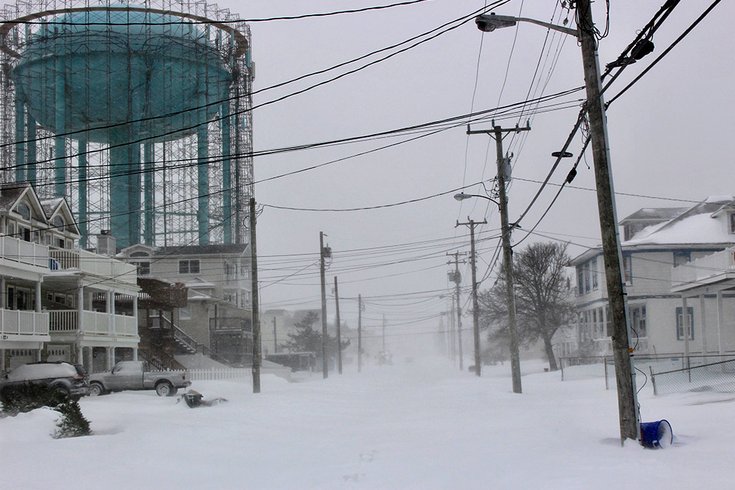 Whiteout conditions – heavy snow combined with steady 35 mph winds – were reported at the Jersey Shore. Here is the view up 40th Street, under a shrouded water tank, in Sea Isle City.

The Jersey Shore is taking the full brunt of the winter storm speeding northward off the coast, with 17 inches of snow reported unofficially around 1:30 p.m. Thursday in Cape May Court House by a trained spotter for the National Weather Service.

Blizzard-like conditions are rocking the shore communities and much of South Jersey, where 8-12 inches of snow had been predicted by forecasters, with 14 inches possible locally. Unofficial observations seem to indicate that final snow accumulations will be several inches deeper in some locations. Wind gusts in excess of 50 mph were recorded in Atlantic City and Cape May and above 60 mph in Lewes, Delaware. Some flooding was reported at the bay near Bader Field in Atlantic City and at Hereford Inlet in North Wildwood.

The snow was expected to fall at a rate of 1-2 inches per hour from the I-95 corridor eastward, according to the National Weather Service.

The accumulations were lighter in Philadelphia and its northern and western suburbs. About 4.3 inches of snow was reported unofficially in Chadds Ford, Delaware County at noon, according to the weather service, which had predicted 4-8 inches of accumulation in those areas.

The Jersey Shore remains under a blizzard warning until 7 p.m. Thursday and a winter storm warning for the same period is in effect in Philadelphia, the western half of South Jersey, and the eastern parts of Chester and Montgomery counties, and Lower Bucks County.

In Center City Philadelphia, snow continued to fall in early afternoon at a moderate clip – nearly horizontal as it was whipped around by the terrific winds. The snow was laying on all surfaces, no doubt aided by the extreme cold that has enveloped the region for well over a week. 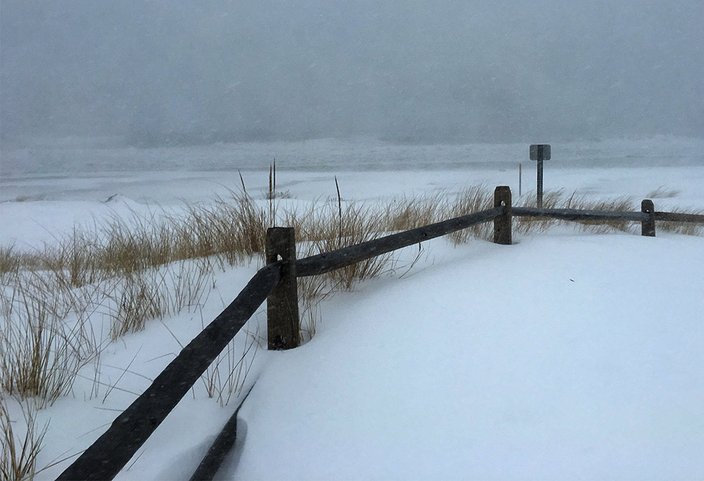 A gray, blizzardy day on the beach in Sea Isle City.

About 16 miles to the north, in Eastern Montgomery County, the snow was falling at a moderate clip, with winds that howled only occasionally early picking up in intensity just hours later.

In addition, a wind chill advisory has been declared for the entire region from 1 a.m. Friday to noon Saturday as dangerously cold temperatures will sweep in behind the storm. Wind chills from 5 below to 15 below are expected, forecasters said. 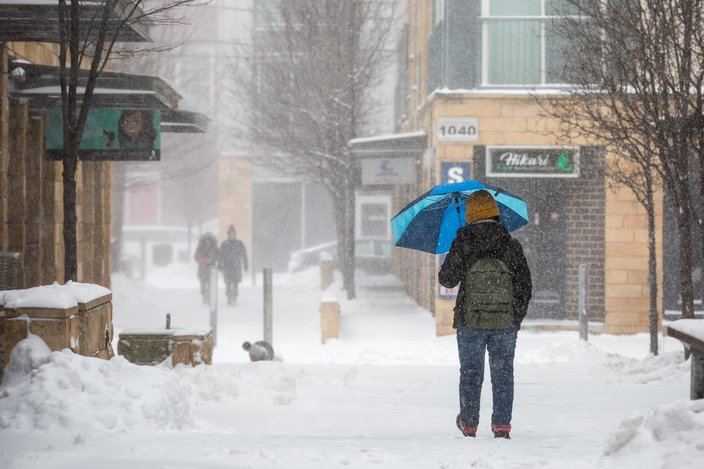 “It's cold!” said Joy Liu of Northern Liberties on Thursday. “I'm just glad I can work from home.”

Meanwhile, winds out of the north will gust as high as 40 mph – and as high as 60 mph along the coastline – will cause areas of blowing and drifting snow, especially on Friday. The frigid wind chills will cause frostbite in as little as 30 minutes to exposed skin. 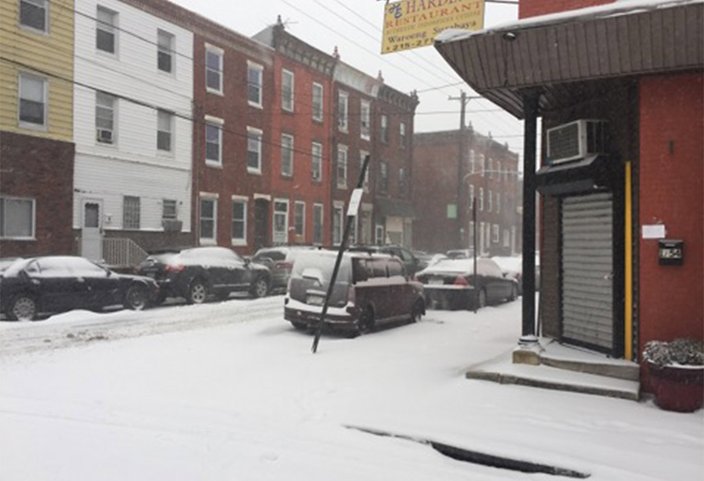 Snow covers the roadway and sidewalks at South Hicks and Moore streets on Thursday morning in South Philadelphia. The storm was impacting travel throughout the region.

The snow is expected to wind down by mid-to-late afternoon, but concerns remain through Friday and Saturday. Winds will increase through this morning and by later this afternoon will be generally 25 to 35, with gusts as high as 50 mph, forecasters said. Significant blowing and drifting snow, along with poor visibilities and very poor travel conditions, will result through the Thursday afternoon even after the snow ends. 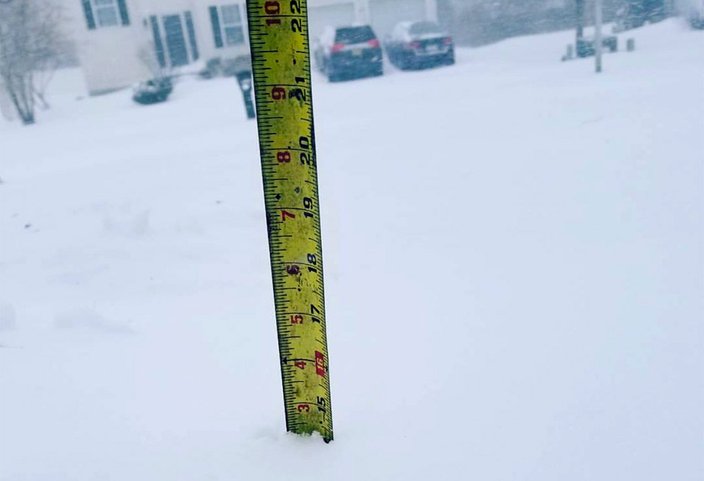 Joanne Carpenter Dougherty snapped a photo as she measured the snow in her yard in Egg Harbor Township, N.J. at 14.5 inches and counting.

As bad as it is here, the storm will move north and create greater havoc in New England and Atlantic Canada, where blizzard conditions and several feet of snow are expected in some places.

This story will be updated regularly throughout the day.