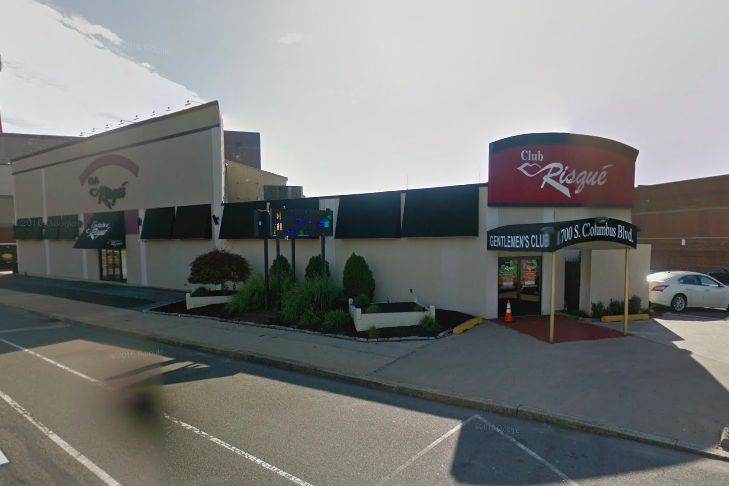 Outside the Club Risqué strip club in South Philadelphia.

Going to the peep show? Pony up.

Calling strip clubs and similar "adult entertainment" businesses are "negative and disruptive" forces in communities, Murt wrote that the fee would be $5 for each visit, similar to a Texas law enacted in 2007.

"(Strip clubs) are frequently the nexus of criminal activity and disorderly conduct in an otherwise quiet and law-abiding community, occupying too much police time and causing problems for local residents and businesses," Murt wrote in his memo.

RELATED: How has the DNC impacted Philly strip-club industry?

Murt's proposed legislation could face a challenge. Lawyer George Bochetto told NewsWorks that the idea is a "very serious First Amendment issue" and could be struck down as unconstitutional, as it may be seen as a restriction on the free speech expressed by nude dancing.

The Texas fee, which Murt modeled his bill after, was upheld by the state's supreme court.

That proposed fee was struck down in 2014 after the industry fought against it, NewsWorks notes.

Those pushing for the bill think the revenue from the fee could help the state's strained domestic violence centers and rape crisis centers, which receive $17.4 million and $9.9 million annually in state funding, BillyPenn reports.

Murt told the website he'd consider lowering the fee as a compromise.