Target World was broken into at 4:15 Saturday morning by five people. The suspects pulled up to the store in a black Hyundai sedan stealing rifles and pistols 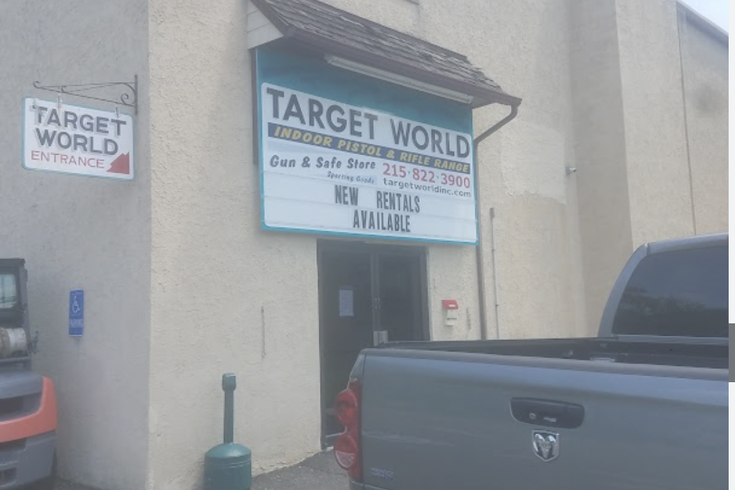 At 4:15 a.m., five people arrived at the Target World on West Butler Avenue at County Line Road and Route 202 in a black Hyundai with an inoperable brake light on the driver's side. They entered the store after smashing the glass door, according to a video released by police.

The criminals were all dressed in hooded coats and had their faces covered as they crawled into the store and walked around the premises one by one before crawling back out the same door. They allegedly stole multiple rifles and pistols.

Police say that their investigation is ongoing as they continue to collect evidence. Anyone with any information is asked to contact New Britain Police at 911 or (215) 822-1910.

Additional surveillance video shows the burglars driving away, although the license plate of the Hyundai is not visible.